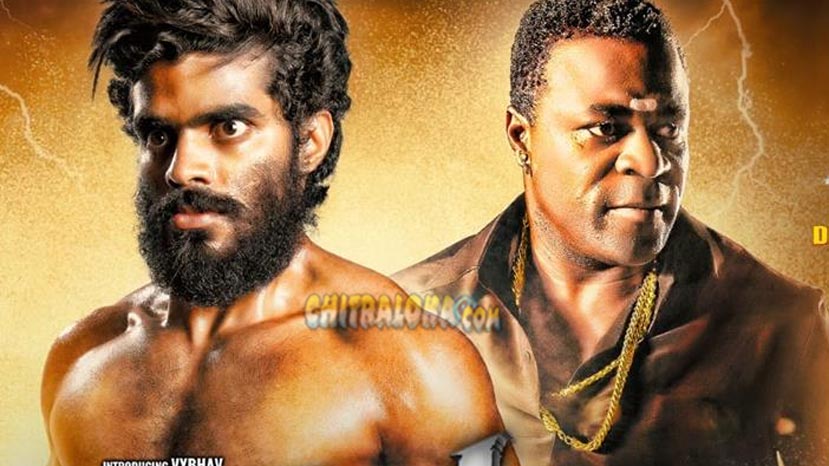 If there is any movie in the recent past which brilliantly focuses on the tribal fortune-tellers from the buda budake community, then it has to be Chandrasekhar Bandiyappa's Tarakasura.

A tale webbed around the effects of age old tribal skills in various aspects including the negative part of it makes this unique experiment, a worth watch. One will also get a sneak peek into their life, customs and traditions, which are rarely showcased in movies packed with all the commercial masalas in it.

The making of it reflects the honest efforts of the technical team and mainly the protagonist portrayed by Vaibhav, who is seen in multiple shades, is a clear winner. His raw acting and real action sequences is another plus point for the Tarakasura.

Carbon alias Karthik, who plays the protagonist is the base of this decent entertainer. With the skills he possesses as a fortune-teller, he faces several hurdles, and how he overcomes all of them is the crux of the movie.

Though the buda budake skills and the ill effects of it when misused is the epicentre, this is not entirely about them or else it would have easily become a documentary. The versatile Sadhu Kokila who has a larger presence will certainly tickle the bones of the audience with his impeccable comedy timing. Even Manvitha Kamath impresses again in a short and effective role.

The background music along with the able support cast portrayed by M K Mata and Kari Subbu deliver justice to their roles. The highlight is of course the Hollywood actor Danny Safani who has given his best performance .