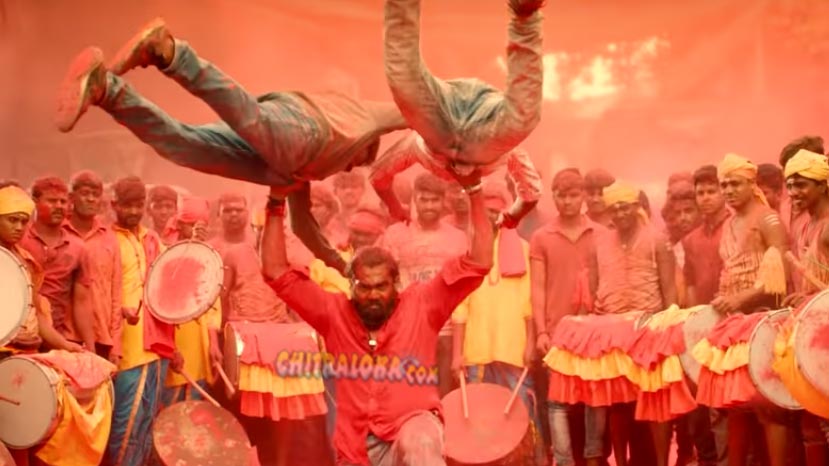 Any news about Dhruva Sarja's films are eagerly awaited. With just three films spaced wide apart it is natural that this Sandalwood's latest big sensation becomes news for any small news. His new film Pogaru is in shooting and the star celebrated his birthday today. Nanda Kishora who is directing this film worked 24/7 to prepare the teaser for his birthday.

Here are the statistics first. The teaser was released at 8 pm today. In two hours about 1.5 lakh views have been recorded on YouTube. Fifteen thousand people have given their likes for the teaser. These numbers are humongous. It is something the top four stars of Sandalwood get.

Now coming to the teaser itself. It is one and a half minutes long. Exactly 91 seconds long. What is special about the teaser is that it uses a promotional song specially made for the film by rapper Chandan Shetty. Shetty has written the song composed the music and sung it too. It is not his typical rap song. This is a real mass musical that is composed for a big star. It has the same effect.

The teaser shows Dhruva in a Holi festival setup.  But what you don't miss is the red color that predominates. There is actually no other colour in the scene. Therefore it must be a fight scene. You will not be disappointed as the macho image of Dhruva is on display as he smashes up a few people. Music and action is therefore covered. Two things that has defined Dhruva in his first three films.

The third thing that has defined this star is his dialogues. Nanda Kishora does not forget this. He provides Dhruva with a powerful line. What is significant is that the actor delivers it completely differently from his previous films. There is no hurried and fast and furious dialogue telling on display. It is delivered in a smooth but powerful way. There is also a hint of North Karnataka accent in the Kannada. So is the film set in North Karnataka where one of Dhruva's previous films was also set? Further teasers and trailers may tell more. Fans have to wait till then.

This trailer is above average and more than good from the viewpoint of fans. From a fandom point of view it scores 4/5.