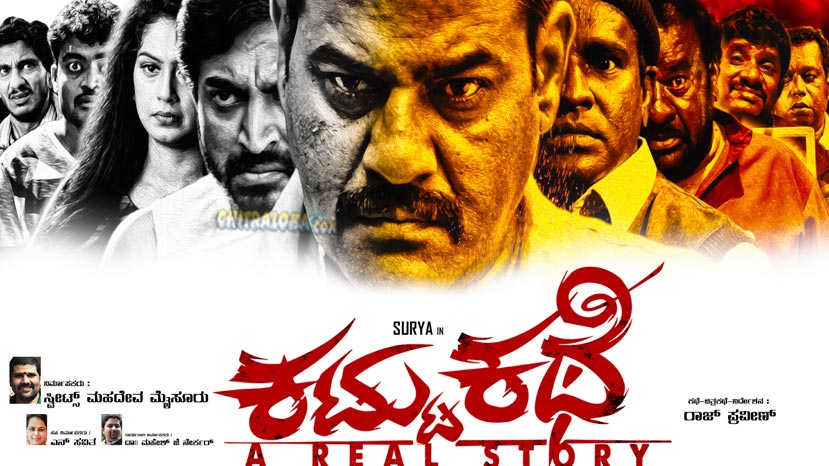 Kattu Kathe is a suspense thriller that has a twist in every scene. It starts with unusual characters and then moves on to become a serial murder mystery. As a series of seemingly unconnected persons are getting murdered in strange ways it is left to the CCB investigator to prove that it is not a ghost which is behind it but a real person with a motive. Does he succeed? Watch this nicely narrated film to find out.

Three girsl go to a farmhouse to complete a project. There the various characters are introduced including that of a mute guy played by Surya. He is so good at his work that people do not even realize it at first. It looks like a good place until a death occurs. Then one more. It seems everyone is a suspect and everyone is in danger. Who is behind it really? Many suspect it is a ghost as the deaths are very strange.

Finally the case is handled by a CCB officer. Even he is stumped by the strange happenings. There are also more deaths and back stories of the characters that complicate the suspicion. But how does he solve the crime? It is a nice investigation work that gives the audience nice entertainment. After many twists and turns no one can guess who the killer is or his motive.

All the actors have given good performances be it Rajesh Nataranga, Surya, Swathi Konde or Mithra. Raj Praveen has handled the subject very well. It is not easy to keep the suspense and provide entertainment at the same time. But he does it convincingly. Vikram Subramaniam as the music composer and Manu BK as the cinematographer have provided able support to him and keep the film a quick paced thriller. It is one of the better Kannada films releasing this year.