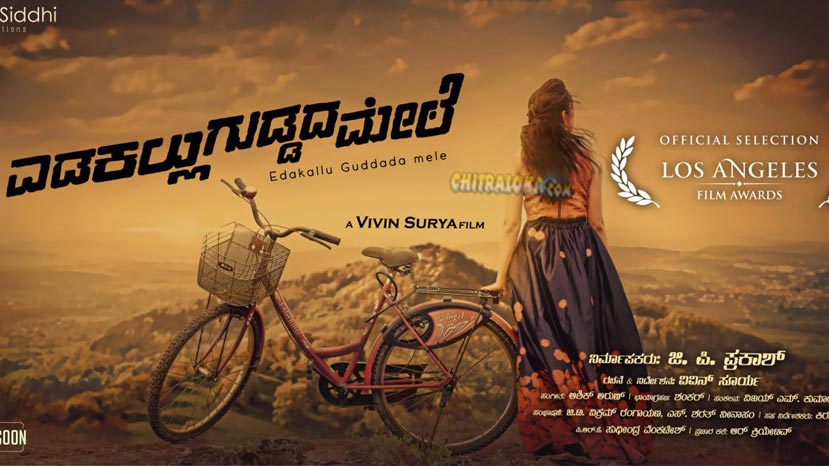 There are not many films which talk about juvenile issues. Teenage issues and subjects are rarely made into films. But Edakallu Guddada Mele does just that. It is a special film right away for this reason. The film has a good combination of senior actors and new faces.

There is a purpose about the film. Director Vivin Surya has managed to tell a story that has a profound message for the society. The film starts with how neglect by parents affects children in different ways. Four teenage friends find themselves in different stages of concern. How each of them tries to overcome them forms the initial gist of the film. The film then turns to a carefully constructed legal drama.

Apart from Surya's direction, the music of Ashik Arun, cinematography of Shanker catches the audience attention. Among the actors the youngsters Swathi Sharma, Nakul and Bhavyashri Rai impress. Bharati Vishnuvardhan as the principal and Srinath as the Church Father have good roles. It is also the last film of Edakallu Gudda Chandrashekar.

The only connection this film has with the first Edakallu Guddada Mele film is the name and the location. The hill station of Edakallu Gudda is used in this film. The film has a constructive debate on the issue of juvenile justice. Is it right to give them punishment like adults for serious crimes or should they be treated like children is the question that has creatd a big debate in India. This question is sensitively tackled in the film which does not give it a very different answer but presents both sides of the debate in a film format.

The senior actors in the film including Dattanna, Sumithra, Sihi Kahi Chandru, and Usha Bhandari have given good support to the film. The film has some good songs that are impressive and composer Ashik Arun sure has a bright future in Sandalwood. This is a film for the entire family and you will notice the tremendous effort put in by the team.