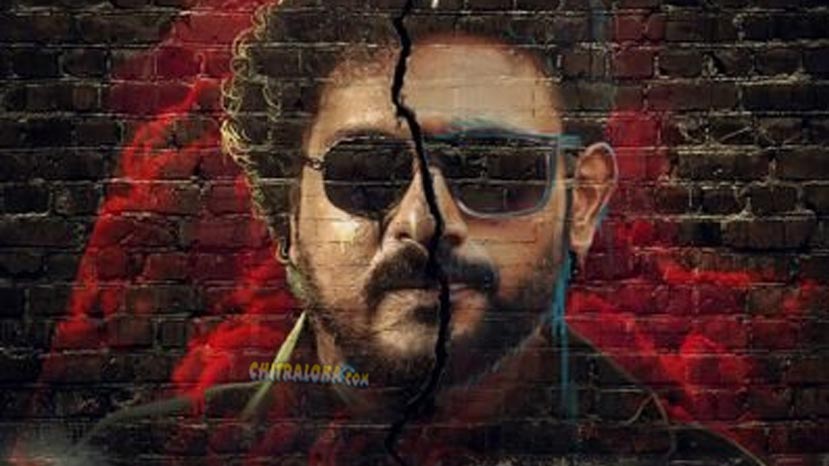 Buckasura is not the regular kind of film you see. Director Navaneeth who directed the successful horror film Karvva earlier is back with a suspense filled film that introduces a stunning variety of narrative and incidents. The film has suspense, thrills, legal drama, romance and sentiments and to top it all some good performances.

The film starts with a lawyer who is trying to make it big. He lives with his mother and does not know who his father is. His luck changes suddenly when his senior advocate dies in a freak accident. Arya is after money and even changes his name to Money. But he begins to make money in a strange manner.

After winning a sensational case, he is taken under the wings of a businessman Chakaravrthy (Ravichandran). Everything he touches becomes gold. He is daring, he is talented and he takes necessary risks to get the job done. The dream run of Arya alienates him from his mother. Chakravarthy is however teaching him not only how to make money but also how to lead a good life. But before he realities what is happening another strange twist arrives.

All that he believed is turning out to be strangely different. Arya finds himself in the middle of strange happenings. What is really happenning? Who really is Chakravarthy? Does Arya manage to extricate himself from the dangerous grip of a dangerous client? All these are answered in the second half of the film.

The film has good performances from the main characters. RJ Rohit succeedes as a young lawyer whose thirst for success takes him on a dangerous terrain. Kavya Gowda shows good presence and has an interesting character which she manages to make use of. Ravichandran as the flamboyant businessman is awesome. Sadhu Kokila adds character to his comic role.

The film is rich and entertaining. The film's making is top class and there is good quality behind the camera. There is high standards of film quality which adds to the unique story. Buckasura is one of the better films this year and stands out.