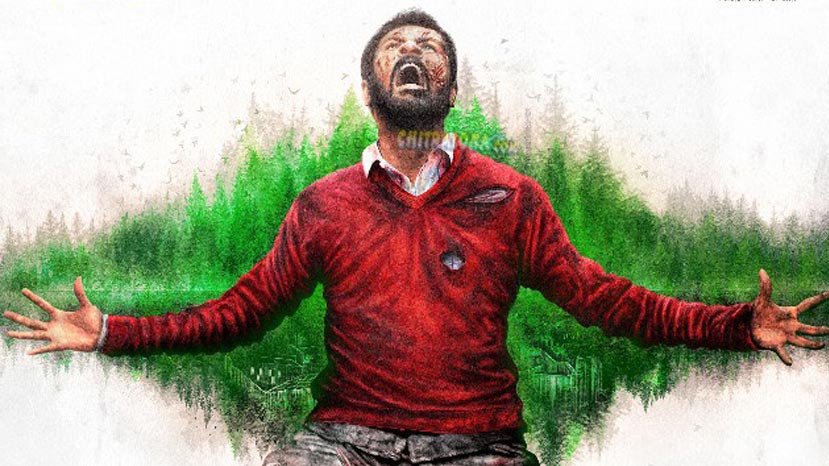 The movie mercury is an unusual experience for the audience. It combines an experimental silent narrative with horror and suspense. The film has no dialogues but it is made up for by very good background score and music. Without the need for dialogues the director has managed to express his thoughts and ideas and the story through just the visuals and acting alone.

The film starts with a group of friends going for a reunion party. After a late night party the friends go out for a drive. The meet with an accident and after that they are on the run for their lives. A mysterious entity is trying to kill them. Woven into this suspense thriller is also a story about industrial pollution. The place where the five friends are trapped is a factory that has been shutdown after polluting the local area with Mercury. 84 people have died because of the Mercury poisoning. How are these two things connected? The director as intelligently mixed these two narratives.

Prabhu Deva gives an impressive performance in this movie. Horror suspense and thrilling elements are all part and parcel of Mercury. Apart from dialogues there are also no songs in the film so it is very fast and every scene is a thriller.

On the technical front the cinematography the editing and background score are top class. Full credit should go to the director for having the conviction to make a movie without dialogues that too when he has a serious subject to tell.

Mercury is one of the better films that has released this year and it is full value for money proposition.