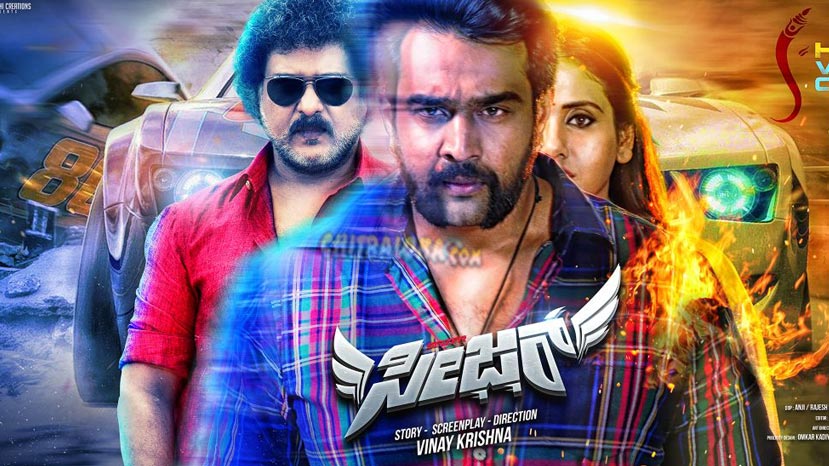 From the title to the publicity to the looks of the actors, everything about this film screamed different. After watching the film you also realize that it is really different and not just the trailers. The film is about a loan recovery agent and his hit man. The hit man not only recovers loan by force by seizing the property of those who have taken loan but he also conducts other operations. He has no hesitation in killing people if that is required. But what is the reason behind this urge to kill? Does he have any other motive? There are enough such suspense and surprises in Seizer. Ravichandran and Chirajeevi Sarja pair up as a team for the first time and the film becomes a sizzler.

In the lead roles are Chiru and Ravichandran. Prakash Rai and Nagineedu are the villains. In the supporting cast are Ramesh Bhat, Sadhu Kokila, Suchendra Prasad, Shobraj, Keerti Raj, Satyajit and a host of other senior actors. Parul Yadav plays the female lead opposite Chiru. The film has a love sotry too. But it is secondary. Seizer hardly has time for love though he loves the heroine very much. Much bigger problems occupy his mind all the time. That is the suspense element in the film.

The film is a big feast for those who love action. There are some amazing action sequences in the film. Chiru, Parul Yadav and Ravichandran come up trumps in their performances. Though Parul has a limited role to play she has made an impact. The film is a turning point for Chiru. This film gives his career a new dimension. It is very different from alll of his previous films and being an original gives him a great opportunity to show his talent.

The film has music by Chadan Shetty and he manages to give some good tunes and makes his mark on the film. Techically the film is top class. It looks and feels lavish. It is a perfect masala film for the entire family. But it is not a regular masala film. You will find the difference from the first scene itslef. It has an unusual kind of subject and unusual kind of narration also. The comedy scenes involving Sadhu are entertaining. Seizer is one of the better films released in Kannada this year.