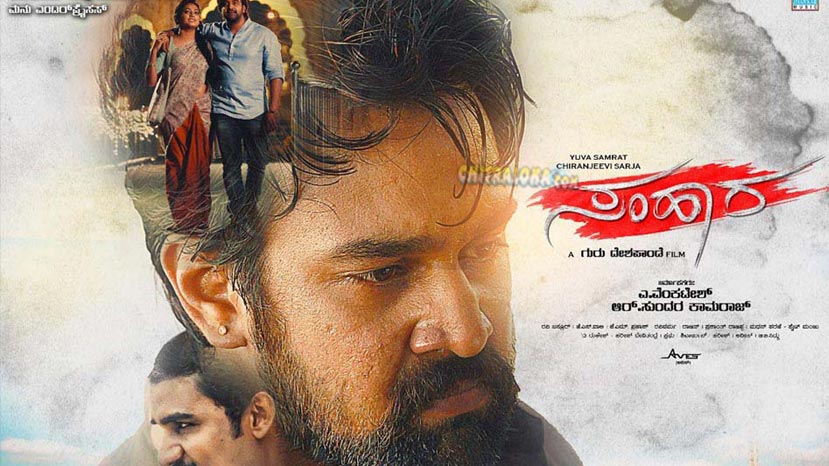 Samhaara is a brilliant mystery film. It starts on a surprising note with Chiranjeevi Sarja playing a blind chef's role. But he can do anything a normal person can. That includes falling in love. But when he regains sight, he realizes that something very wrong has taken place. He only has a gut feeling about it and when he tries to understand it he ends up in a murder trap. How he manages to solve the mystery is not just the rest of the story. There is more twists and turns than you would expect to experience in a roller coaster ride. There is suspense and loads of mystery to unravel and understand. There is also surprising changes in the characters.

There are some very good characters in the film also. Chiranjeevi Sarja's character starts as a blind chef. Then it becomes an obsessive lover who tries to unravel a mystery. Chikkanna plays a cop who dreams of achieving great heights. This is made use of by Chiru for his personal use. Haripriya has the best role in the entire film. She has done a role that very few heroines in Kannada have got to do. With just this one role she will get a permanent name in Kannada films. Kavya Shetty and Yash Shetty are others who have made an impact.

There is very good acting overall. That is the first sign of a good film Samhaara shows. All the actors have got into the skin of their characters. The technical team has also done a decent job. Guru Deshpande has managed to narrate a tight story in an entertaining manner. There is no loose ends and there is no jerk in the storyline. The suspense moves smoothly. The film also has a fast pace. Ravi Basrur impresses with his sounds. JS Wali has captured the scenes brilliantly. His cinematography is top class.

In the end there is an announcement of a sequel called Samhaara 2. This is a welcome announcement as you expect to know what happens to the characters after such a suspense induced ride. You want to explore the minds and activities of the characters more. After watching this film you are eagerly waiting for the next installment. Samhaara is one of the best suspense films we have seen in Kannada in the last few years. This is a big success for director Guru Deshpande, Chiru and Haripriya. This is a feather in their caps.