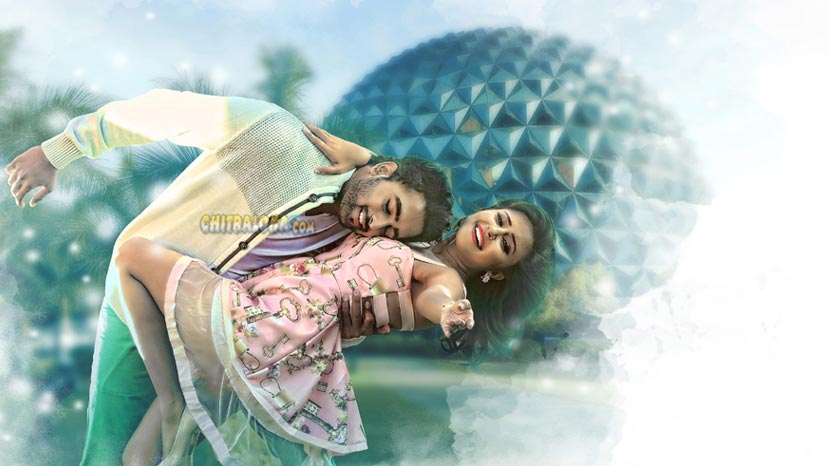 Uppu Huli Khara is a spicy treat by Imran Sardariya. The popular choreographer of Kannada is in his second film as director and he serves up a hearty wholesome meal which has 'uppu' 'huli' and 'khara' in the right proportions. The film is a complete entertainer which has all kinds of elements from romance, comedy, suspense and action.

The film starts with a bank robbery. Devi, an ACP is brought to find the robbers. She gets a tip from an anonymous caller who tells where the three robbers are heading in a car. The cop, played by Malashri, arrests them easily. All the three say they are not part of the robbery and know nothing about it. Devi continues the investigation and checks each of their backgrounds. She realises that something is missing in their narration but is unable to pinpoint it. The local MLA puts pressure on her to complete the investigation at the earliest. A suspense drama starts from then on.The film goes through various twists and turns after that. How Devi manages to crack the problem forms the rest of the story. The three robbers and their girlfriends and families are caught in a struggle to prove their innocence. The film is nicely executed by Imran Sardariya.

Malashri as the cop brings in her tough image to the fore. She uses the north Karnataka accent in the film and it suits her well. Her character is very believable. Jayashree and Anushree get to play good roles as well. There are three main male leads played by choreographer Dhananjay, Shashi Devaraj and Sharath. The three manage to make a good impression in their roles. They have very contrasting characters which are brought together by circumstances. Overall Uppu Huli Khara is an entertaining film that will give you the best returns for your ticket money.