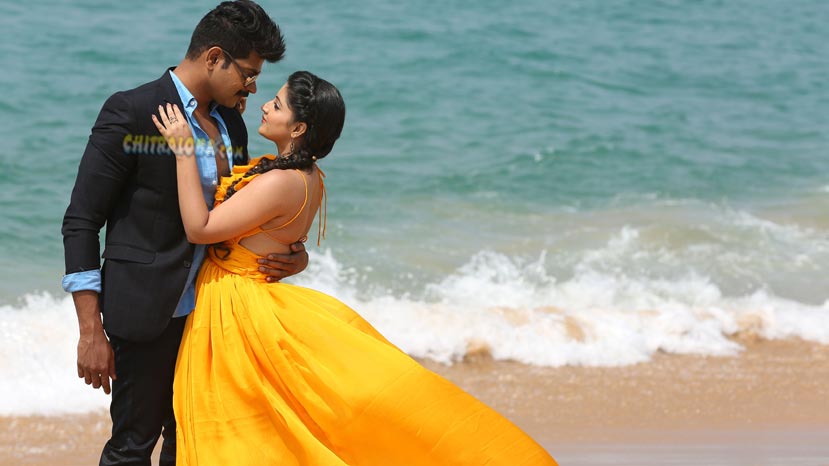 Vinod Prabhakar is back on screen after a break and has an amazing film to show. Krack directed by Ramnarayan is one of the best suspense films in Kannada in the recent times. The film is about a serial killer in Bengaluru. To catch him the police authorities bring in a police officer who is strange and therefore called 'crack' by the department. It is a mix of suspense, thriller, action and comedy that keeps the audience engaged from the word go.

The film starts with the introduction of the hero who is a police officer. His behaviour is not the usual kind. He is very unpredictable and thus earns the nickname of crack. At the same time there is a serial killer on the loose in Bengaluru and one by one people including entire families are being murdered. The police are confused whether the murders are related or not. There is no connection to one another and there seems to be no motive in any of them. Crack is brought to Bengaluru to solve the serial killer mystery.

When the investigation progresses even Crack is confused about who the killer is. As more murders appear to be happening he has very little time to spare. The girl he has fallen in love with also seems to be on the target list. Will Crack be able to solve the crime in time and save the lives of others? That is the suspense Ramnarayan answers in the end. Till the very end you do not know who the killer is. The suspense is well maintained. The buildup to the climax is also very good.

Apart from the suspense and comedy there is good music and the film is fast paced and you do not get bored anywhere. Vinod Prabhakar reminds of the good films of his father Prabhakar. He has lots of talent and has to be better utilised in the Kannada film industry. Akanksha is a treat to the eyes. She has come up with a good performance.

Krack is full of entertainment and gives the audience a good experience. It is a complete package and a film that the entire family can watch together.