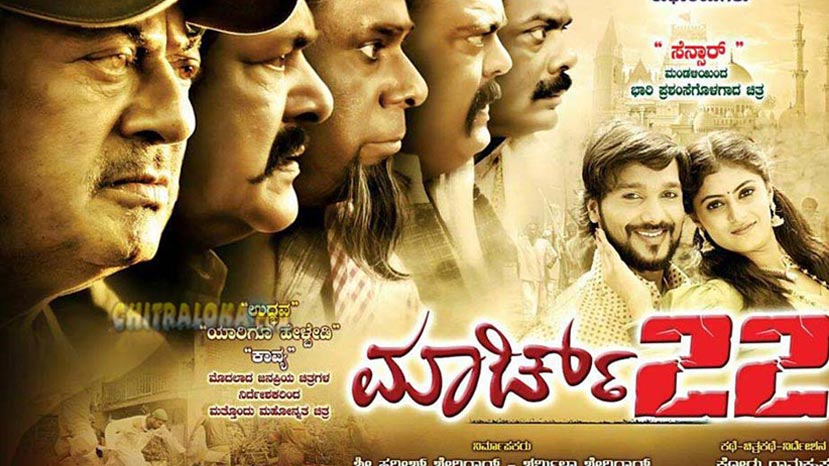 Kodlu Ramakrishna is one director who has a great knack for doing commercial films as well as issue based films. His first film 'Udbhava' was a fine example to that and his latest film 'March 22' is one more added feather to his cap.

As the title itself suggests, the film tells the story about the importance of water. 'March 22' is celebrated as the International Water Day and the film not only tells about the water crisis, but also suggests about the conservation of water.

The film tells the story of the people of a village, which lives in harmony. The village faces a drought continuously for five years and the people invites a geologist to search for water in the village. After much search, the geologist finds water in a masjid. If the water has to be taken out, the masjid has to be torn down for which the people objects. What happens next forms the crux of the film.

Kodlu has been talking about the subject for many years and has released the film in the right time. The film not only talks about the conservation of water, but also about communal harmony. The film talks about life is bigger than any religion and caste and the film celebrates life. Indeed a fine and timely attempt by Kodlu and his entire team.

The film has a huge star cast and it is Sharath Lohitashwa, Vinaya Prasad, Jaijagadish and others who walks away with all honours with their performances. Ananthnag has a small role, but makes a great impact on the audience with his performance. Mohan's camerawork is great and Manikanth Kadri's and Ravishekar songs are a treat to the audience.

A film worth watch. Don't miss the film.