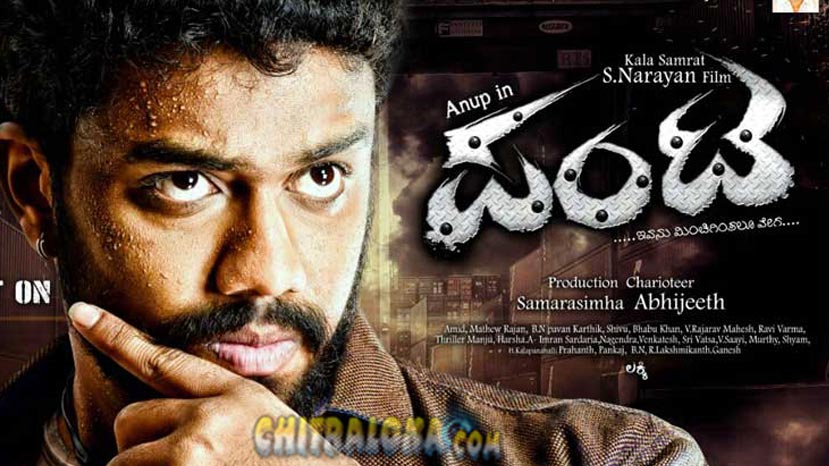 Panta is the second film for Anup Revanna and he has done an impressive job. S Narayan has managed to create a thrilling crime story which has a robbery of a jewellery store's strong room at its center. The film picks up pace from being a lover's attempt to help his girlfriend's family and then finding a purpose to do a bad thing which in reality is good for many. The film is a thriller with loads of thrilling scenes and episodes. It is also very realistic and does not try to be a commercial kind of film.

The film starts with the story of three youth who are hard pressed to make a life in Bengaluru. They take to cheating people to make money. But they never try to do any serious crime. After one of them (Anup) falls in love and realises that his girlfriend needs money to pay debts he decides to accept to a big crime. The crime goes horribly wrong. To cover that up they have to do a bigger crime. Will they succeed? That is the gist of the plot. The entire second half is about the robbery they try to do. It is a thrilling experience to watch the film as they play games against the different people. The plot thickens and makes for a thrilling climax.

S Narayan has used the resources at hand deftly. He creates a crime world that keeps the audience glued to the screen. Anup, Vishwa, Ravi Kale, Syed Irfan and Karisubbu give some good performances to keep the audience engaged. There are a few songs also thrown in but they do not hamper the flow of the crime saga.

Anup has managed to give a very good performance and so does the new heroine Ritiksha. There is some good photography and the editing matches the genre of thrillers. Narayan also gives good dialogues to the characters which gives them a believable feel. Panta is a very good film for the weekend. Go watch it.