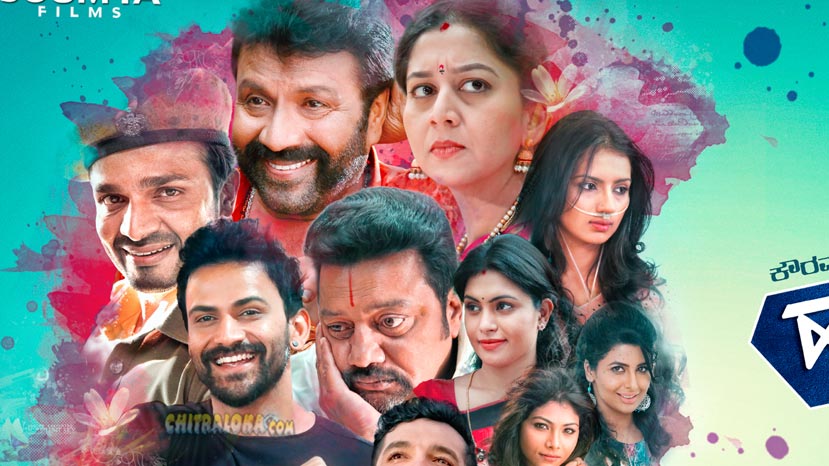 Happy New Year is an entertaining as well as a heartwarming film under the direction of debutant Pannag Bharana. The new director, who has earlier acted in a few films as well, is one of the biggest star cast film in Kannada bringing together many stars from across generations. In the end the film provides not only entertainment but a lovely message to audience. With good songs by Raghu Dixit, superb camera work and brilliant acting, the various stories in the film make for compelling watch.

The film has five different stories. The first story has Dhananjay as a radio jockey who is trying to save his girlfriend, played by Sruthi Hariharan from a deadly disease. The second has Vijay Raghavendra as a policeman who is struggling to balance his work and family commitments. Sonu Gowda plays his wife. The third story is about Sai Kumar and Sudharani a couple who do not have children. The fourth story is about BC Patil who returns from prison to lord over his area but unexpectedly falls in love. The last story is about Diganth, an overworked techie who decides to go on a vacation for the first time and starts seeing signs! There are also guest appearances in the film including Chiranjeevi Sarja.

The stories cut back and forth between each other. All the five are interesting episodes and compete with each other for the audience approval. The good thing is all five of them manage to entertain the audience. Raghu Dixit's music adds soul to the stories and the narration.

There is some excellent behind the screen works. The film has very good dialogues and photography. It is a rich film from every angle. You will not even realise the passage of time. It is a perfect film to enjoy with friends and family. It has something for everyone. It is time to start booking your tickets. Pannaga Bharana has chosen a complex film to make his debut. But he manages to win. There is no confusion or doubt in his mind as he manages to tell all the five stories interestingly.

There are Five Episodes