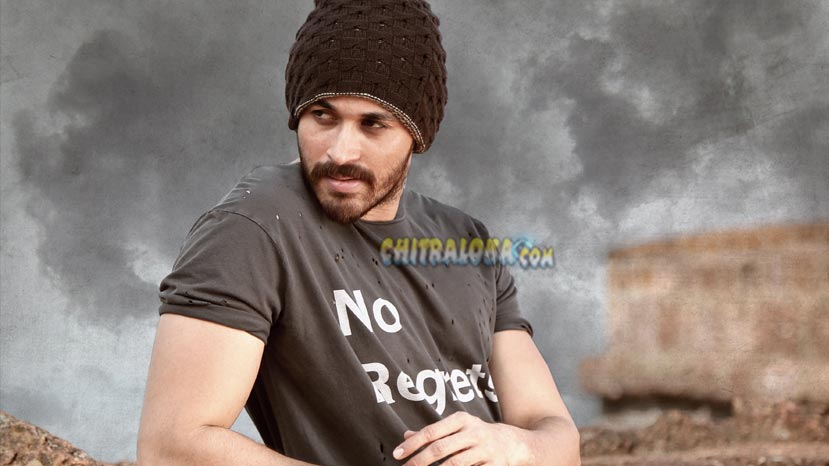 Puri Jagannadh is back directing a Kannada film. He has launched Ishan in Rogue which is produced by CR Manohar. It is a lavishly mounted film that is the perfect launchpad for anyone. Ishan has grabbed the opportunity with both hands and made a stunning debut.

He has been called Hritik Roshan in one of the dialogues in the film and of course he looks like the Bollywood actor in some scenes. He also has a body language of a star and can fight and dance like top stars. His acting abilities have also been honed and there is a bit of roughness in him that is common in newcomers and he can only become a better actor from here on.

The story takes place in Kolkota where the hero lives. He is called Rogue for his toughness. After his lover girl is being engaged to someone else he goes to the part and beats up many policemen in rage. However it turns out that his girlfriend was not really interested in him. He becomes angry with all girls. Soon he finds out that one of the policeman has become a cripple and five members of his family are in trouble. He decides to live and work for that family. He saves them from all trouble and manages to earn money to pay off their debts.

But there is a bigger problem following the heroine who also happens to be the sister of the policeman. The hero uses his brains, brawn and skills to keep the girl out of trouble. To find out how watch the film. The film also has some stunning and beautiful songs which are eye candy and with foot tapping music. The stunt sequences are also stunning.

Anoop Singh plays the villain and he is menacing and threatening. He plays the role of a psycho and has a character that is a good adversary to the hero.They play a game of cat and mouse and seem to be enjoying playing it. That is the beauty of the film. It is a perfect film for audience of all kinds. A star is born in Sandalwood.