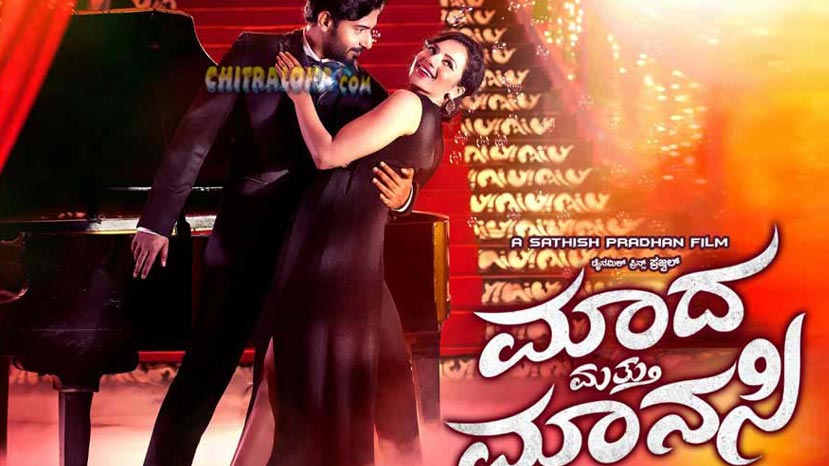 Madha Mathu Manasi is an engaging film for those in love and young at heart. It is a romantic drama that is peppered by beautiful songs and beautiful locations and sets. It is one of the best films of Prajwal Devaraj in his career. It should give him a new direction no doubt. His pairing with SruthiHariharan was a surprise but it comes out as a beautiful chemistry between the two. Mano Murthyhas also succeeded in his first film as producer.

There is so much to the story that cannot be explained easily and also should not be as the suspense will be lost. But simply put, it is about two youngsters who are running away from their families as they are opposed to their love. They meet a good gentleman on a train and tell him his story. But the story they tell him is true, there is more to their background. There is a shocking twist to the story in the interval. But even that is simple compared to what comes after the interval. One after another there is a twist after a twist.

The director has managed to give a suspense element to a romantic story and it is his achievement. Various emotions of love emerges as each character responds to this love story in their own ways. Each character also contributes to the main love story with their own. For example the sub plot of Rangayana Raghu adds an element of substance to the film. The characters of Madhaand Manasi are also affected by it and it shows how their own relationship changes after listening to that story.

Among the technical team, Mano Murthy has given brilliant melodies to his own film. There are also fast songs and a pathos song giving the film a wide variety. KS Chandrashekar's photography is top class. Scenic locations are shot in never before seen angles and positions. Aerial shots of some locations are breathtaking. He has also managed to give the actors a fresh look. The fights may look too many but are choreographed well. The art department is another winner. Some of the sets are mind blowing. The last set where a huge statue of Shiva is installed in the middle of a waterfall is amazing and worth an award.

The acting by Prajwal Devaraj and Sruthi Hariharanis top class. They have given their best performances for this film. This is a film that will warm your hearts. You need a heart to watch it.