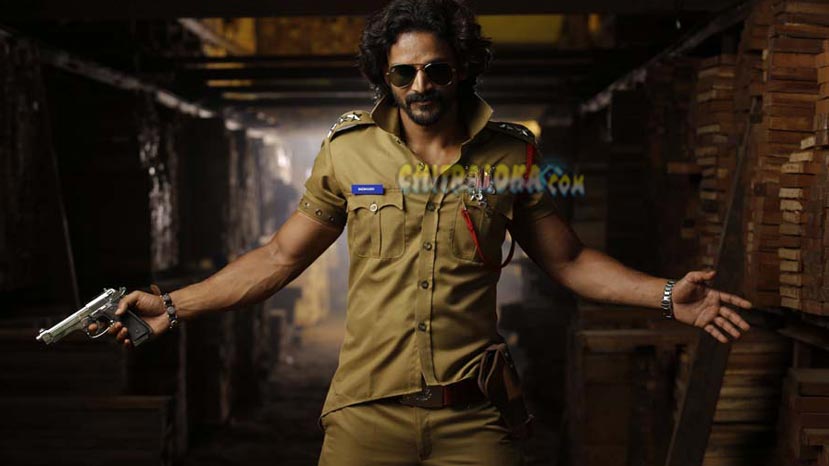 Badmash is an unusual experience with an unusual story. The main plot of the film revolves around a big red diamond from ancient Indian history. Though it is fictitious an elaborate story has been woven around it and it becomes central to the plot. The film starts with the story of the diamond called Vijaya Vaidhurya and how it has shaped history being a powerful omen. Then the film moves to the current time.

There are two plots running simultaneously. In one, a politician called King (Achuyth) is making a bid to become the chief minister. He is a cunning politician and as the home minister manages to use the media to his advantage. On the other hand there is Badmash, the hero who is working for a liquor baron who owns a cricket team. King is using money generated in the cricket betting for politics. He comes in clash with the liquor baron. King does all his work on the behest of an astrologer.

As the story unfolds, all the plots clash and the various suspense elements are revealed one by one. There is not one but quite a few twists and turns. This makes for an engrossing watch.

There is also a lovely romantic plot with Dhananjayand Sanchita Shetty. How these two are related to the sinister plot of King and how they become pawns but manage to come out triumph due to Dhananjay's 'Games' forms the unusual subject.

The film also has some good songs that are peppered throughout the film. The film also has some amazing camera work. The making is top class and the new director shows immense promise. Dhananjay makes a big mark with this film and his screen presence is seen to be believed. His dialogue delivery and stunt scenes take him to the top league.

Badmash has all the necessary elements needed for a mass masala entertainer. It is one more good film by newcomers and not to be missed.