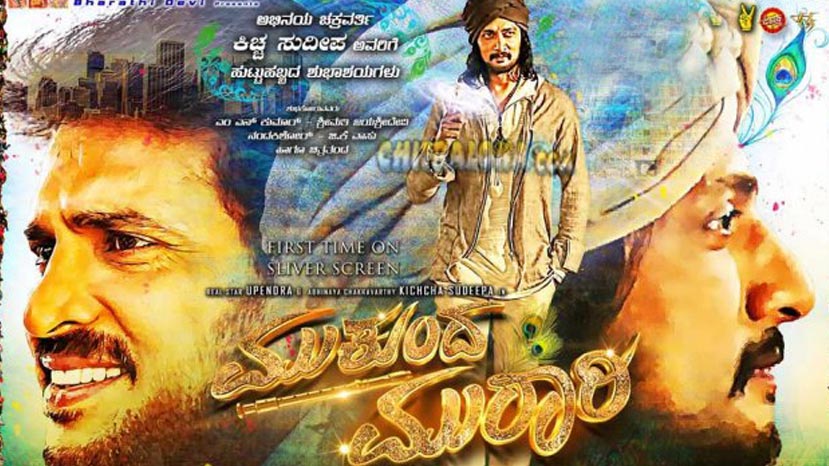 The much awaited multistarrer Mukunda Murari is here and the film turns out to be not just entertaining and fun as promised but also has a deep and profound message for the society. Though it is a serious subject in the undercurrent the story itself has a fun element told in an impassioned but fun style.

The film is about an atheist who files a case against Gods because the insurance company is not paying him insurance because his shop was destroyed in an earthquake. Since the earthquake is not man made but made by God, he cannot get insurance. This impossible case is the crux of the story and Mukunda faces lots of trouble from priests of all religions for his case. Another impossible thing happens as God himself comes to the rescue of Mukunda.

This plot has lots of fun. Be it situations, incidents or dialogues, there is fun in everything. Apart from that there is a critique of the organised religions and how they have forsaken humanism for the sake of ritualistic religious practices.  But it does not hurt anybody's religious sentiments but only strengthens realistic attitude and love for every human being. Unlike many films which become philosophical and make no sense to the common man, Mukunda Murari is seriously funny while tackling a serious subject.

It is a role tailor-made for Upendra. And his mannerisms and dialogue delivery makes it so believable. It reminds of Upendra from A,  Upendra and Rakta Kanneru. It is a brilliant performance from him.

Sudeep is in an extended guest role as Krishna Murari. He looks the part always wearing a smile. This is a role that may well be among those remembered in his entire career as a landmark. Together Upendra and Sudeep make for a deadly combination.

On the technical front the camera work is awesome. There aren't many songs but those that are are very apt. Thankfully there are no duets or item songs.

Mukunda Murari is one of the best films of the year and a very good story which has a message for the society. It is one of those rare films that will be entertaining for all age groups. Don't dare to miss it.