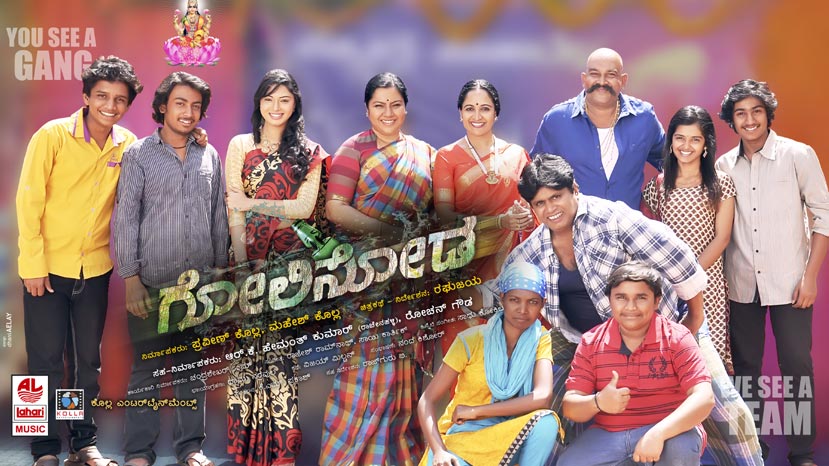 Scores of films have been released about street urchins taking law into hand and create havoc in the society. Though 'Goli Soda' is a film which follows the same trend, it is quite different from other films and stands on its own.

The film starts with four orphans called Kyata, Chikka, Dubba and Manja who work as coolies in the K R Market. Puttakka (Tara) who runs a shop in the same area has a soft corner for them and treats them like her children. She also helps them to get an old godown from Gowdru (Madhusudhan) and starts a hotel. Gowdru also helps the orphans by not taking any money from them.

Just when the orphans starts getting identity, an aide of Gowdru picks up a fight with them and the boys retaliate. Gowdru who is angered by the humiliation attacks the boys and separate them. The boys unite once again and come back to K R Market to take revenge on Gowdru and his goons. What happens next forms the crux of the children.

There are no stars or stardom in this film and the film revolves around some fresh faces. Except for Tara, Danny and Shobharaj many artistes are new to Kannada audience and they have done a wonderful job, particularly Madhusudhan who is making his debut in Kannada. His performance as Gowdru is highly appreciable and even the four lads have done their job neatly. Tara, Shobharaj and Danny Kuttappa have also given a neat performance.

The highlight of the film is however a very good story and screenplay by Vijay Milton. Vijay Milton has woven the story with lots of twists and turns and he wins accolades for his work. Director Raghu Jaya has neatly narrated the script of Vijay Milton in this film. The film is easily watchable by the entire family.