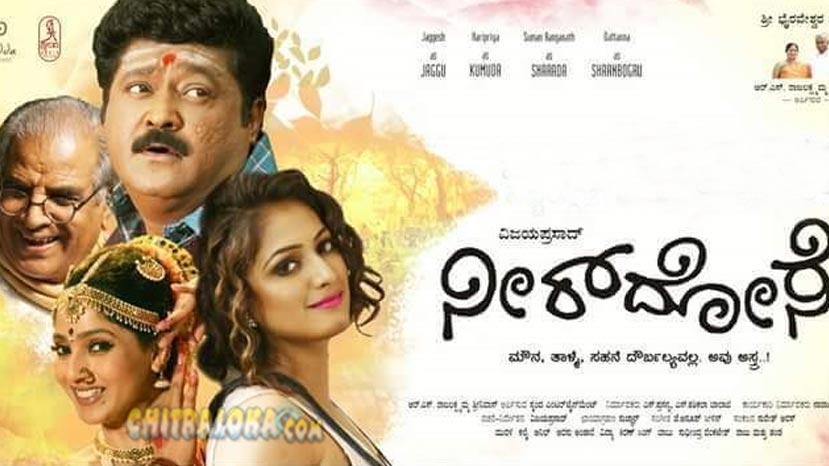 Neer Dose is a special film. It is unlike regular films. It is also a talkative film. It has so many things going for it. There are only a few main characters and the actors have performed brilliantly. The director has used cinema to say something profound about individuals in a society in a very humorous way. He uses plenty of double meaning but it is not in bad taste. Deeper inside the film has much more to offer. Neer Dose satisfies our thirst for entertainment and also gives audience food for thought.

Jaggesh plays Jaggesh Kumar who drives a vehicle used to transport dead bodies. He befriends Dattanna who is a lonely person after his sister dies. They become good friends and spend all their free time together just because they complement each other. Jaggesh is also looking for a girl to marry. It is Suman Ranganath who is also trying it hard to find a husband for herself. But it is not so easy due to what may seen silly reasons. Inbetween there is Haripriya who plays a very bold role that of a callgirl. She also has a sad past but has no one to share it with. How all these people react and share their stories is the gist of Neer Dose. So it is four different stories blended into one.

The film has some very good music by Anoop Seelin which blends into the film. The camera work is also impressive and the editing takes the cake. But last but not the least, it is a director's film. He has a vision and manages to get everyone to bring that to life with excellent handling of the resources on hand.

Don't miss Neer Dose. Some of the dialogues may shock some people. But that comes with the package.
Chitraloka Ratings - 3.5/5