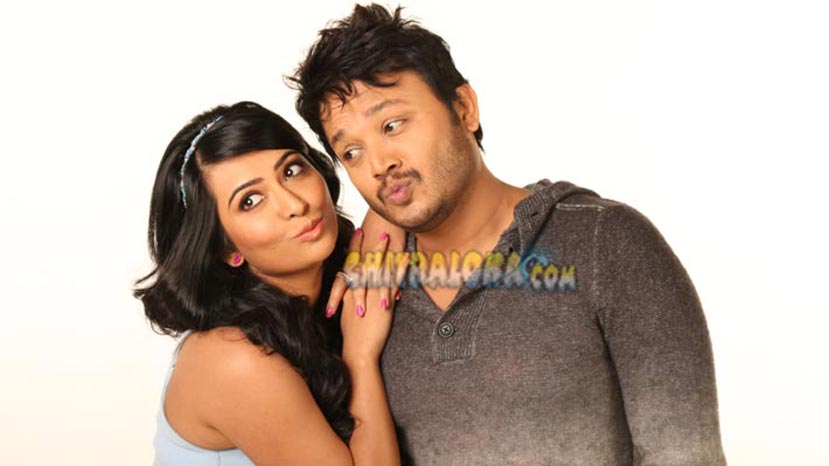 Zoom is a comedy film for the masses. It is set in the backdrop of the advertising world which is very rare in Kannada. There are two of the most good looking actors in Sandalwood, Ganesha and Radhika Pandit playing the lead role. Then there are exotic locations seen for the first time in Kannada films. And when you add Kashinath and Sadhu Kokila to the entertainment mix, you cannot ask for more. But there is more in the form of good photography, melodious music and a narrative focused on entertainment. However the film has a drawbacks. It is too long compared to other films these days at 2 hours and 40 minutes. For those with less time on hand this could be a problem. But there is nothing to show that the film is poor. The director projects the film in all its glory.

The story is about two advertising professionals and their rivalry. But there is also love between without knowing. When this rivalry and romance mixes there is lots of comedy. The heroine is always complaining about the hero for his wrongdoings. But he always manages to escape. But when he has to come up with a product that is not yet invented he takes the help of a mad scientist Kashinath. Kashinath and Sadhu Kokila are seen in different getups that is not what we have seen them in other films.

The highlight of the film includes the lead pair Ganesha and Radhika Pandit who are a treat to watch. Prashant Raj gets them to wear trendy designer dress and makes them look like top international models.