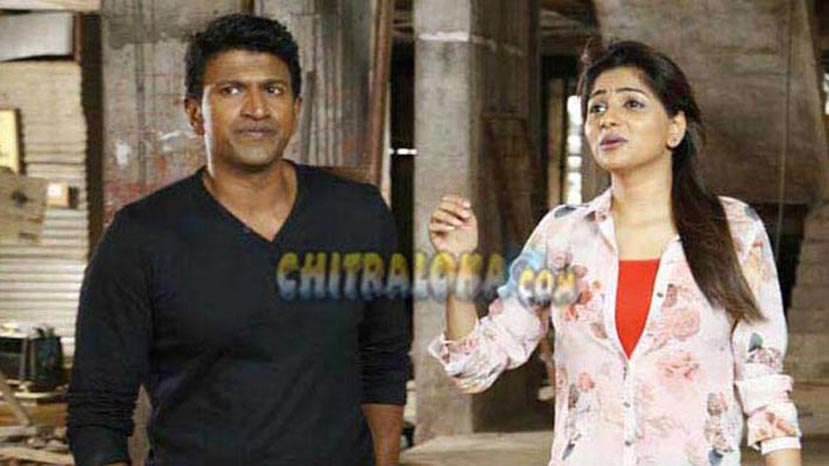 The Sandalwood debut of Kollywood director M Saravanan has reached the expectations of Puneeth Rajkumar's fans, but how far it will fulfil the expectations of others which was sky-high is to be seen. Though the film was said to be only inspired by Tamil film Ivan Veramaathiri by the same director, there are only a few changes and most of the screenplay and story is the same.

The film has lots of commercial elements. A common man trying to do the impossible and achieving it, great stunt sequences, a cute love story and a great combination of Puneeth and Rachita Ram.

Puneeth's character Lohith who is an ordinary man (works in private construction company as engineer) turns into an action hero. It all begins when the Law minister and his younger brother leads violence in a college campus which kills three students and leaves many injured in the incident. When the police fail to take action against them it makes Lohith to start his own Chakravyuha to stop this activity.  Then in between he has romance with female lead Anjali (Rachita Ram). But the audience will be little confused and should wait till second half to know the names of the lead characters.

Then second-half opens with the action packed clashes between the hero and the villains. The hero has plotted an unique for idea to seek revenge against minister and his brother in first-half. What he does to defeat these highly influential brothers will create curiosity till the climax.

Abhimanyu Singh and Tamil actor Arun Vijay have made their debut in Kannada films through this film. Rangayana Raghu has played a serious police officer role which is unique in his career. Sadhu Kokila and Bhavya are the other important cast in the movie.

Popular Tamil and Telugu composer S Thaman has composed the songs for this movie. They are quite okay. Puneeth Rajkumar has given his best performance in the movie by his dance and fights. Rachita Ram has paired up with Puneeth Rajkumar for the first time and they have good chemistry. Fans will definitely watch this movie which is a treat for them.