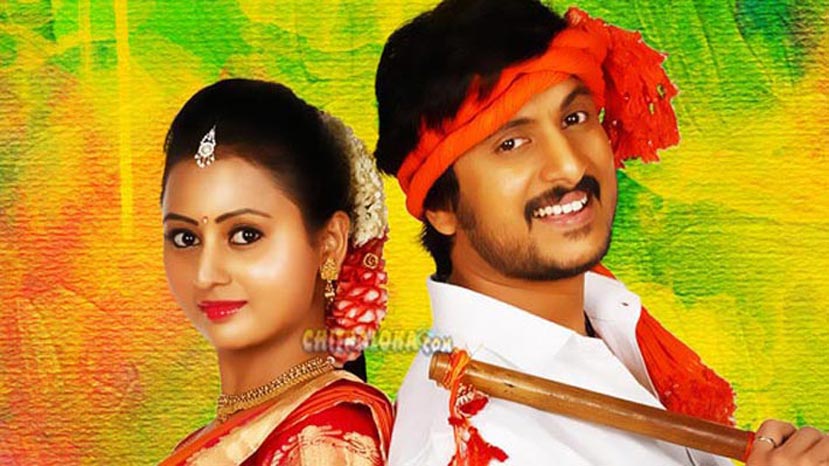 Ajay Rao is back as Krishna and has Rukmini for company. Amulya plays the female lead and you can expect a fun and comedy entertainer throughout. The film lives up to its billing and is not just a romantic film for youngsters but also a wholesome family entertainer that can be watched by the entire family.

The film starts with a long flashback. Krishna is standing at a waterfall and goes back to recalling his love for his cousin Rukmuni. It is as long as their lives. But circumstances has made Krishna feign love for another girl and Rukmuni even elopes with a 'techie'. But there is no doubting anytime that they are made for each other. Despite their personal odds and the strained relationship between their families, it has to be a happy ending. Watching it you know it will be a happy ending. But the journey of watching it is real fun.

The music of the film is apt and gives the film a charm. The cinematography is top class. Especially capturing the beautiful locations from drones leaves the audience breathless.

Ajay Rao and Amulya are apt for their roles. Amulya endears to the audience with her role that has child like innocence and meaningful maturity at the same time. Shobraj comes up with a good performance while Girija Lokesh does a comic role. Krishna Rukku is a perfect film to watch with your family members.