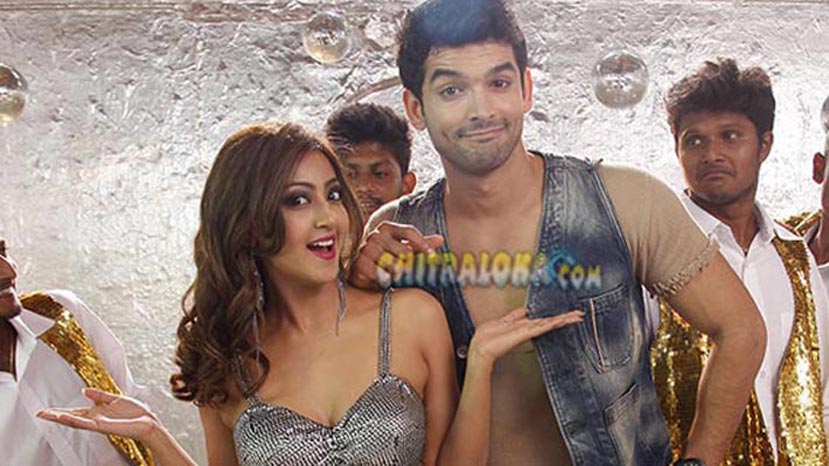 Diganth's second film in two weeks, Sharp Shooter is a full-fledged comedy film. The film is about a young man who hides the fact that he is night blind to his girlfriend. But make up for it, he has to endure many funny situations. In a big twist he is confused for a sharp shooter. What happens after that is a series of funny and comical situations which he has to get himself out of.

Ghouse Peer has become a director with this film and he has handled the subject ably. The story itself has so much fun elements in it and the director adds more comedy with the situations and dialogues. Good songs and beautiful photography makes the film even more interesting.

Chikkanna plays his close friend who is his Man Friday. Chikkanna takes all the trouble to make his friend's love succeed. Lakshmi plays Diganth's mother. The only thing she wants to hide from all the villagers and friends is the fact that her son is night blind. Mitra plays a dumb character who is out to spoil Diganth's chances in everything. There are also villains. Diganth has to contend with Danny Kuttappa and Bhajarangi Lokesh. He not only gets to do comedy but also some fighting. The fights are also well choreographed and in the end Diganth also shows off his six-pack abs.

The incidents are hilarious and make for a fun package. The film is one that you will enjoy in the company of your friends as well as family. So this is a film you should book your tickets fast.