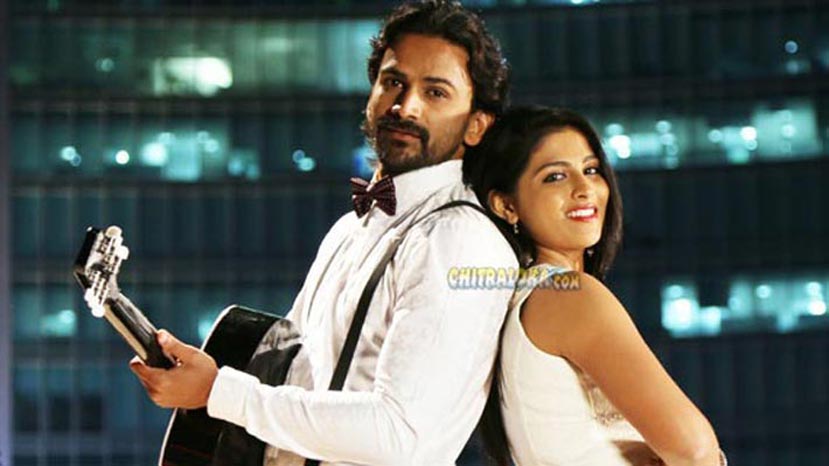 Boxer was seen as an attempt by director Preetham Gubbi to take up an action subject. With upcoming star Dhananjay with his rugged looks seemed a perfect combination. However Boxer is not just about fighting in the ring. It has a endearing lover story as its core and the kick-boxing is just the backdrop that provides a bigger canvas. Boxer is a class entertainer that enthralls the audience with its captivating subject

Dhananjay is an orphan who is a part-time fighter. Rangayana Raghu organises small-time fights for him and both make money. But Dhananjay is not restricted to this one job. He does many jobs just to keep him engaged. Destiny makes him meet a blind girl and both hit it off. Their love blossoms and it is time to take the girl to the doctor. He needs big money for the operation and accepts a death-fight. Does the love survive the boxing ring is the rest of the story.

Preetham Gubbi takes the film in a predictable path but fills it up with beautiful moments of romance which makes the proceedings very intersting. The fights are not intrusive and just add the necessary kick to this love story. This is easily Gubbi's best film as a director. Boxer will no doubt provide a big break for both Dhananjay and Preetham Gubbi.

Producers Jayanna and Bhogendra have provided enough money for the film to look top class. It is nicely utilised as each scene of the film looks eye pleasing. There are very few characters in the film and most of the film concentrates on the love story between the blind girl and the boxer. Another character of importance in the film is Rangayana Raghu. With pleasing songs, lovely visuals and a smooth flow, Boxer is a film you do not want to miss at any cost.