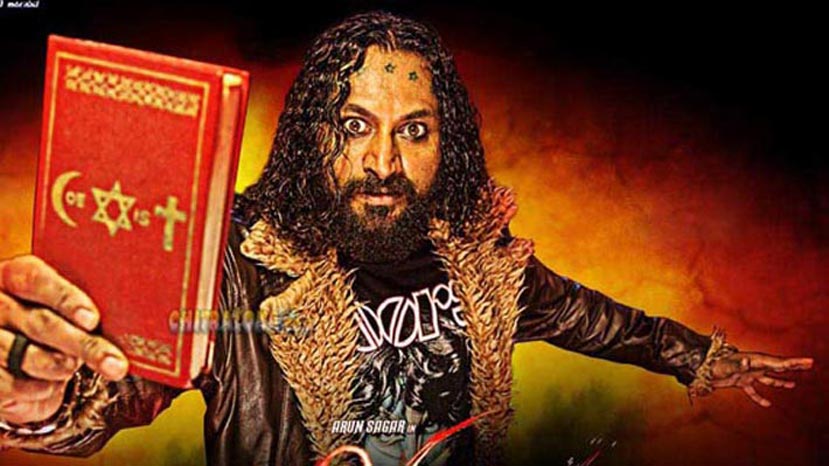 Another good Kannada movie has released today. Ring Master with Arun Sagar in the lead role is a special film for its different kind of narration and content. This is the first film in Kannada where a drug supplier is the protagonist! But the film has equal roles for four characters. Along with Arun Sagar, Anushree and Shwetha also excel in their roles.

The film takes a bold approach with regards to the story. Except for a couple of scenes, the entire film takes place inside an apartment. There are only four main characters.

Three youngsters call a drug supplier to buy ganja. They are having a new year party at home. The drug supplier arrives and joins them in the party. He regales them with strange stories and peppy talk. After sometime the three youngsters realise that he is becoming a burden and may be dangerous. When they try to send him away after paying for the drugs, he turns against them. The three become hostage in their own apartment. The intention of the drug dealer seems to be to kill them. But what is their mistake? Why is he after them? Will they survive the new year party alive? For that you have to watch the film which is very scary entertainment. The film also has an A certificate because of the violence.

The film is also very strong on it a technical front. It is not easy to shoot a film entirely inside a flat. This is overcome by placing the camera in strange places. The camera man has done a fabulous job. The editing is sharp and keeps the pace of the film very swift. The background music is another hero. Ring Master is a very encouraging sign for Kannada films and if you are okay with some violence you should not miss it.