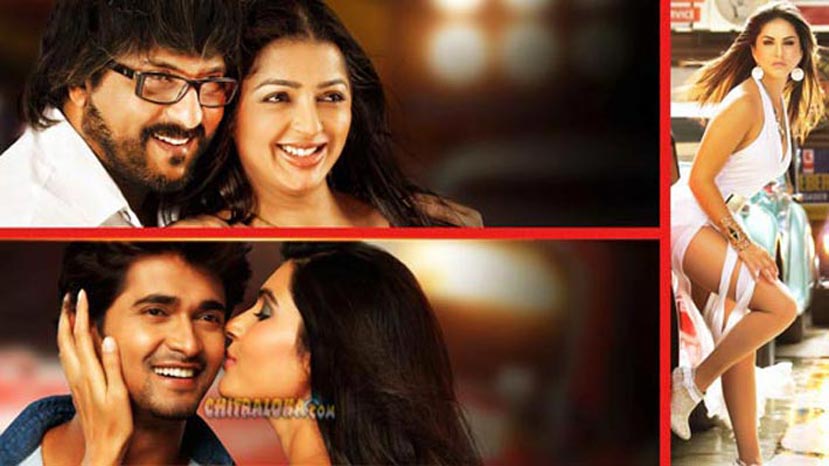 Indrajit Lankesh directed Luv U Alia is not only a romantic film but also a powerful family film. The film is a powerful combination of emotions, romance and family drama. The film starts as a love story with Chandan, a marriage consultant falling in love with an air hostess. He manages to win her love but in a strange twist she says she does not believe in marriage. It turns out that her parents had a troubled marriage. The rest of the film is about how Chandan manages to unite the divorced Ravichandran and Bhoomika and makes their daughter realise that marriage is not a bad thing after all.

In his effort to reunite his future in-laws Chandan has to come up with many avatars and gets to showcase the best of his talents. Sangeetha also gets to don a lengthy role. Ravichandran and Bhoomika occupy the second half of the film and give seasoned performances. There is a rich star cast in the film including Sudharani, Ravishankar, Sadhu Kokila, Sunny Leone, Srujan Lokesh and others. Sudeep appears in a special role and there is an intimate interview with him in the film.

The film has rich production values and is lavishly shot. Each scene is composed with great aesthetic sense. The song's are colourful, the imagery bold and the themes eye pleasing.

Luv U Alia is one of those rare films that will be appreciated audience of all ages.