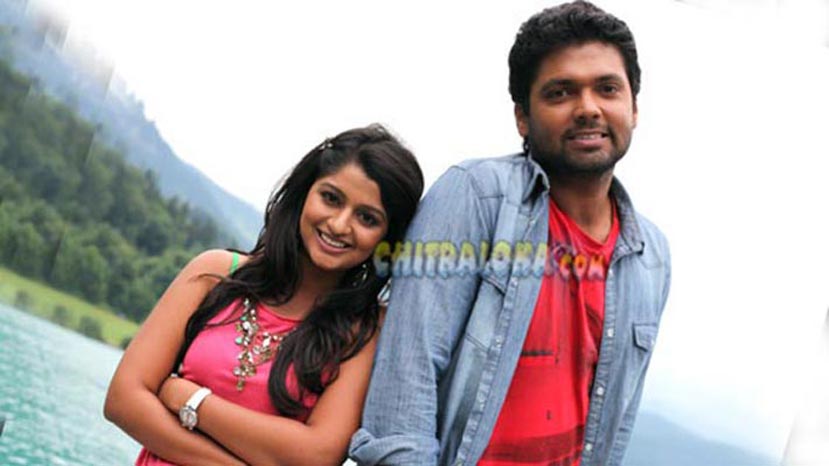 Yogaraj Bhat's new release in two years, Vaastu Prakara is a mild attack on the Vaastu fad that has gripped many common people in the last few years. However the film is not an attempt to spread awareness but made for entertainment with Vaastu as the running theme. With wonderful songs, camerawork and locations, it is a visual treat. There is a bit of story and loads of dialogues. The basic story line is that Vaastu is a problem inside our minds than in the buildings we live in. The film places emphasis on human relations than on external factors. There is the Yograj Bhat touch throughout and is unmistakable. Nothing is overdone and there is a soothing effect that envelopes the narration. It is a film to be watched in a relaxed mood rather than like watching a star film with whistles and screams.

The plot explores the lives of several protagonists. Rakshit Shetty's father (played by TN Seetharam) is a Vaastu expert on television. But Rakshit is dead against it and says Vaastu is all bunkum. Due to their clash, Rakshit is packed off to live with his uncle Jaggesh. Jaggesh lives in an imaginary country called Vastenia (actually Switzerland). Rakshit reaches there and finds out that his uncle has also fallen on bad times. The two try to revive their careers and decide to open a Vaastu consultancy even though they themselves don't believe in it. Their business hits a jackpot when they find a divided family that needs repair as much as the huge house they live in does not. Add two love stories and comical dialogues and superb locations that Santhosh Rai Pathaje captures beautifully and you can immerse yourself in the colourful treat that unfolds before you. As luck would have it, the scheme of Jaggesh and Rakshit cannot succeed beyond a point. But their efforts have a good effect on the people they meet. In the end, Bhat shows that Vaastu is nothing more than an illusion in the mind.

The film has brilliant performances by Anant Nag, Sudharani and Jaggesh. Harikrishna has scored some lovely tunes especially the Jaggesh-Parul Yadav song Simply Met Her Sometimes Backu. It is also colourfully shot. Sudharani's character has lots of depth and she shows what a mature actor she is and easily essays it. Parul Yadav is made to speak in broken Kannada that matches the role she plays. Rakshit Shetty and new actress Ishani make for a cute romantic pair. But the biggest applause is reserved for Jaggesh. He manages to make the most simple lines funny. The film has some drawbacks also. The middle portion of the film before and immediately after the interval is dragging with more dialogues that do nothing to further the story. The film may not endear itself to the young audience who seek thrill in every scene.