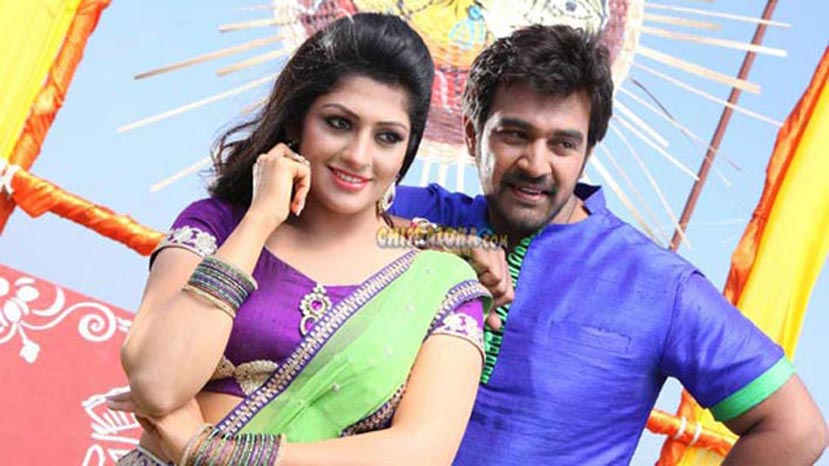 Rudratandava as the name denotes is an action film. But it is not an all-out fight and stunt extravaganza. There is also a light romance track, a good comedy companion and above all a family relationship driven drama. There are villains plenty and many characters that build the narrative in an engrossing storyline. Chiranjeevi Sarja has a good film to boast about and finally all things required for an action film that is attractive to the family audience as well is put in place.

Chiru and Radhika Kumaraswamy are paired for the first time and their chemistry works in the small but neatly packaged romance part of the film. The family drama is between Girish Karnad playing the father and Kumar Govind and Chiru playing his sons. There is a also story of friendship between Chiru, Chikkanna and Madarangi Krishna. There are the villains galore with Ravishankar playing the super villain. All these with the comedy bit thrown in makes for a wholesome package. It is a commercial film nonetheless but with a bit of nice family drama for sentiment.

It is a revenge drama with both the father and brother of a honest government officer trying to avenge his death. There are good action scenes to complement the narration and melodious songs to temper the hardcore action. It is one of the best films in Chiru's career and will do a world of good to him.