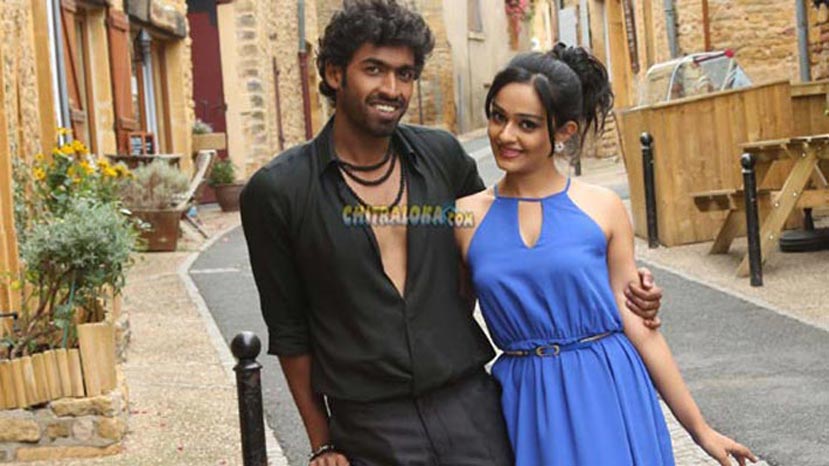 With Siddartha, a new star is born in Sandalwood. Vinay Raghavendra Rajkumar shows potential of being a long-term prospect in the industry and has enough ammunition of talent in dance, fights and acting department to take him far. Coming to the film, it is a romantic comedy that has enough juice to sustain the interest of the youth audience. It follows the tradition of the new genre of romantic films like Bahaddur and Ramachari. Vinay does not ooze charishma but has the charm of a neighbourhood boy. Director Prakash has taken great care in the story department and creates some good characters to pep it up. He picks up Vinay's raw potential and moulds it to the requirement.

The story is about Siddartha who is a carefree but studious youth who brings a smile on anyone. He has love at first sight and with his charm manages to win the love of the girl and trust of her parents. Everything is happy but Sid realises that commitment to the girl has made him lose out on the fun with his friends. He takes a 20-day break from her to have one long party. But these 20 days creates a big rift between the couple. How Sid manages to repair the relationship and get the girl back forms the rest of the story.

Prakash proves that a love story is the ultimate box office draw. Apart from Vinay the characters of Achyuth and others steal the show. Music by Harikrishna complements the soft lyrics of Jayanth Kaikini. The film grows on the audience and it could well go on to be a huge success. The director has crafted a well-meaning and beautiful film. The screenplay allows deft handling of the technical departments like cinematography and editing. Go take a break from work and enjoy the new kid on the block.