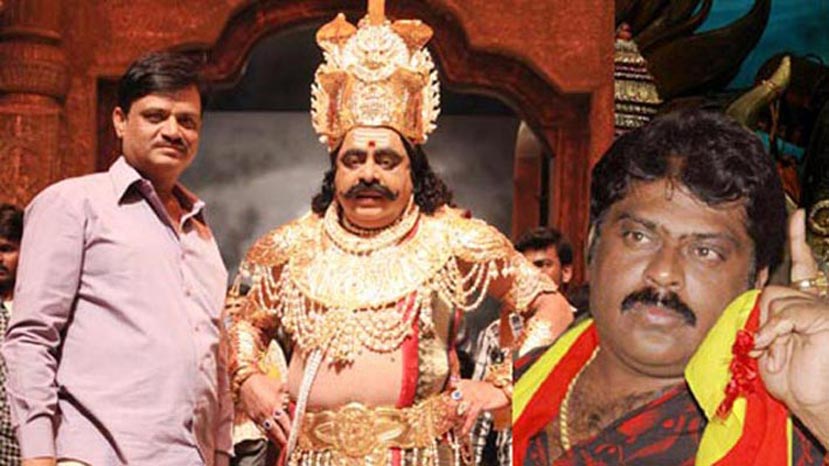 The confrontation between the top producers Munirathna and K.Manju which had gone to the corridors of  the Karnataka Film Chamber of Commerce may continue unabated. That is because the KFCC has given a decision that the producer who gets his film censored earlier will be allowed to to screen his film first and the other film which will be censored later will be released at a later date in a gap of four weeks.

In a late evening meeting, the Karnataka film chamber of Commerece attended largely by the l executive committee members has decided to allow the release of  the  film  which gets censored first. Munirathna producer of Kataari Veera Sura Sundaraangi however opposed the film chamber's decision and has even told his opinion in a television interview immediately after the decision was announced.

Even K.Manju has opposed the decision of the KFCC.