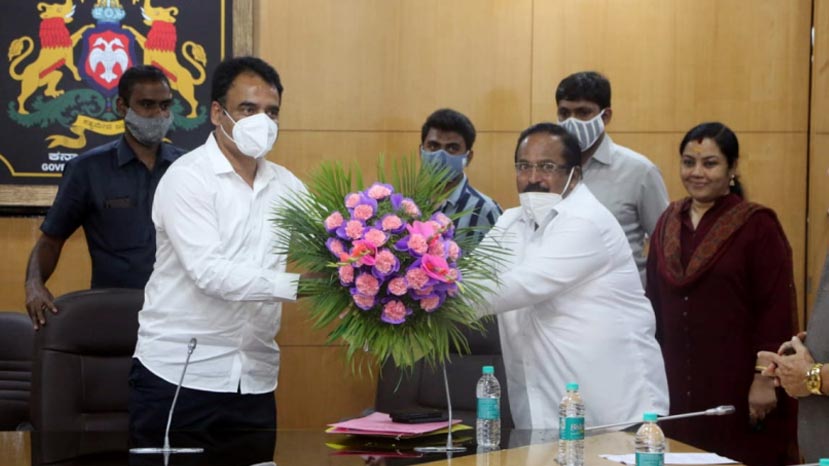 The Kannada film industry today met DCM Dr Ashwathnarayana at Vidhana soudha today and had a long interaction regarding the industry crisis.

In the meeting there was a discussion regarding the film city, re opening of theater, exhibitors problems, piracy and other subjects.

After listing all, DCM Dr Ashwathanarayana told the delegation that their first priority will be launching the film city very soon. Regarding the exhibitors problem DCM told that they will discuss with the finance department and will solve the problems which includes the electricity and maintenance charges which is coming huge during the covid lockdown. Regarding piracy problems DCM has told that they will set up anti piracy squad with the cyber cell and instructed information department director Dr Harsha to follow it up immediately.

Major point discussed was allotting the houses to the film industry persons who are in very much need and they should meet the guidelines which will be set up soon.

KFPA president DK Ramakrishna along with his office bearers attends the meeting.