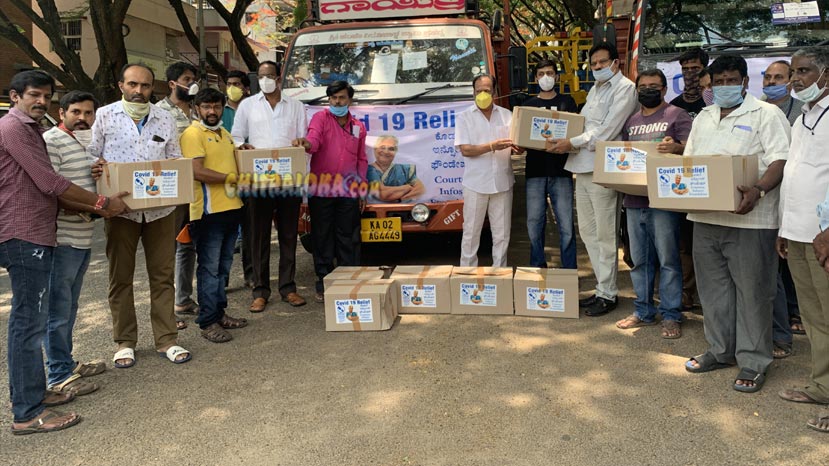 Sudha Murthy through her foundation has donated at least 2000 food kits in the first batch.

Producer Ramesh Reddy, who took the initiative said that he contacted madam with just a message on her phone, to which she personally responded back with assurance to help the film workers.

"Madam called me back asking to provide her the list of film workers in the industry. After consulting with KFCC, its former chairman Sa Ra Govindu, and others, I had forwarded the list of 3000 workers," said the producer.

In the first batch, the food kits for at least 2000 workers were handed over in presence of Mr. Narayan from Infosys Foundation.

Sa Ra Govindu thanked madam Sudha Murthy on behalf of the entire film industry on the occasion. Chitraloka editor K M Veeresh amongst others from the KFCC and the Industry were present on th ocassion.