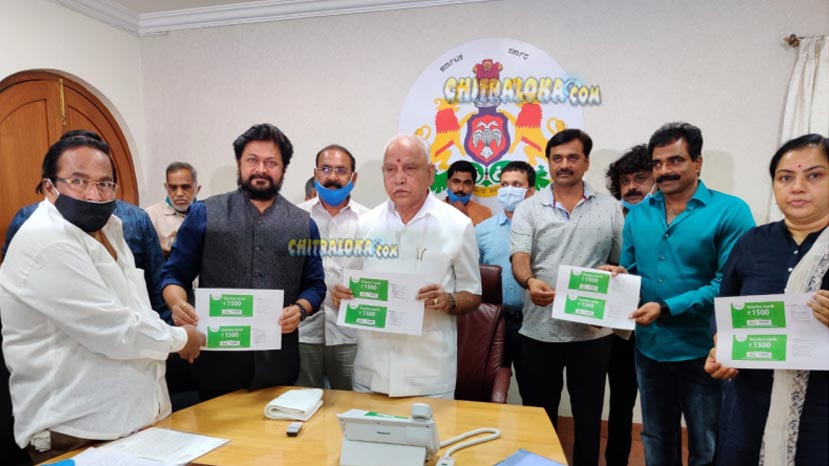 Chief Minister B S Yediyurappa has come to the rescue of at least 6000 workers in the Kannada film industry by issuing them two coupons worth Rs 1500 each.

Following the hardships of these workers with no work during the lockdown period, Karnataka Chalanachitra Academy chairman Suneel Puranik took the initiative along with renowned filmmaker Rockline venkatesh, KFCC President Jairaj and Actress Tara and Rudresh, who had approached Mr. Vijayendra Karnataka State General Secretary and the son of Chief Minister.

Chitraloka has learnt that it is Mr. Vijayendra who took up the issue discussing it with Mr. Yediyurappa, who in turn directing the authorities to issue the coupons, which has been handed over to Mr. Puranik for distribution.