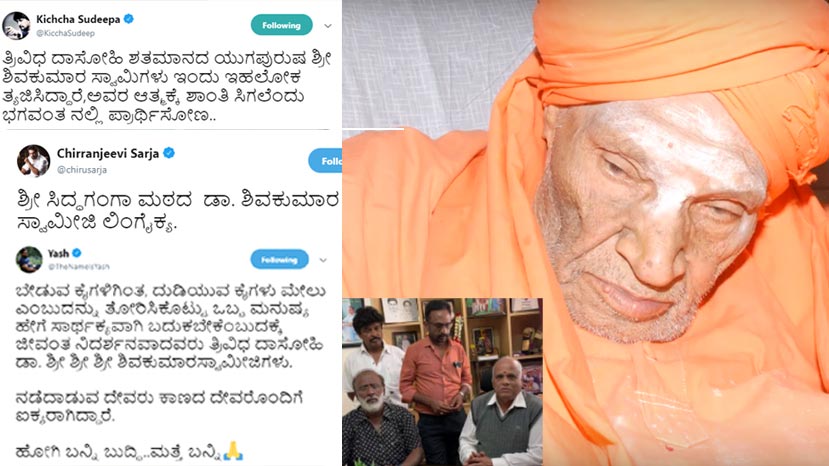 The Karnataka Film Chamber of Commerce (KFCC), the premier body of Kannada film industry, mourns the death of Sri Poojya Dr. Shivakumara Swamiji, who passed away this morning at 11.44 am.

The film body while declaring January 22 as a holiday, has announced that all film related activities including theatrical exhibition of movies will remain closed as a mark of respect to the departed soul, who is referred to as 'Nededaduva Devaru’, the waking God.

The 111-year-old seer and the head of Sri Siddaganga Mutt was not keeping well for quite some time, as his health conditions deteriorated since few days before he was declared dead by the team of specialised doctors who were treating him.

Soon after the sad demise of the swamiji was made public, the entire Kannada film industry from actors to technicians and every personalities from it prayed for the departed soul. Recently, Kichcha Sudeepa, had expressed his views saying that such great humans are born on rare occasions and for his selfless service to the society being incomparable, he is a true Bharata Ratna.