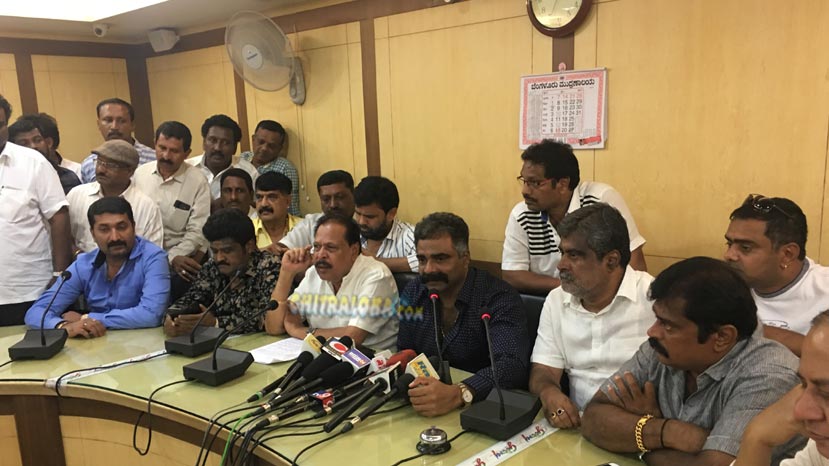 Producer A Ganesh had called for protest and PressMeet on 26th May at 2 Pm at KFCC in order to support Sa Ra Govindu and team to continue in KFCC for the next one term. 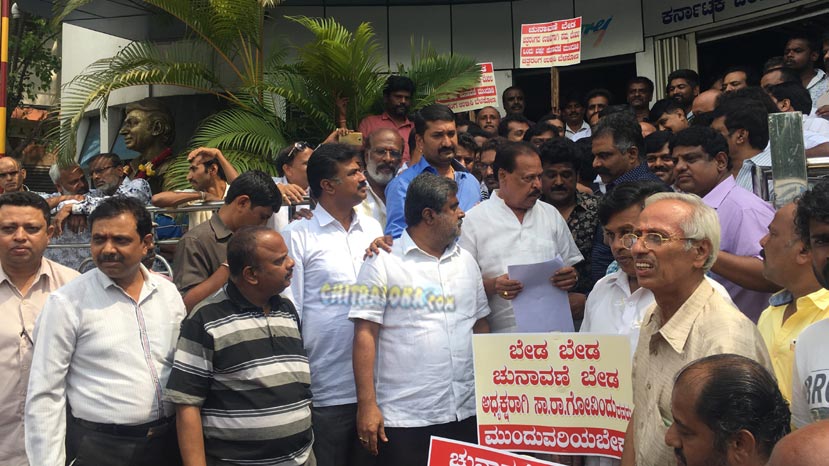 Jaggesh speaking furthur added "since there is a news about the GST and commercial tax imposotion, KFCC needs potential and strong person to strongly hold the KFCC and KFi and this can be only done by Sa Ra Govindu."

Jaggesh highlighted that it was Govindu who fought for the multiplex tickets tariff to be cut down to Rs 200 and also appreciated the struggle he went through to do that.

Kc Ashok, reminded everyone about the help Sa Ra GovinU did to the members of Okkuta and other sister organisations.

Sa Ra Govindu, was over whelmed by the support from media and people from the industry said that the final and mutual decision will be taken on June 14th in the General body meeting.