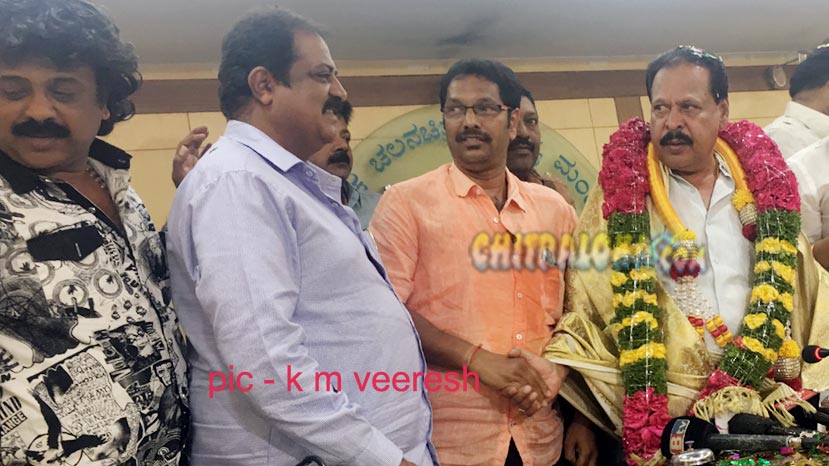 Karnataka Film Chamber of Commerce president Sa Ra Govindu thanked Chief Minister Siddaramaiah. On Wednesday, Siddaramaiah submitted budget for the year 2017-18 and in the budget the Chief Minister has reduced the ticket rates of multiplexes to Rs 200 apart from giving prime time to Kannada films in multiplexes.

Speaking regarding that in a press meet later in the evening, Sa Ra Govindu thanked the Chief Minister. 'We are very much grateful to the Chief Minister. He has given all we wanted. Now we have a big responsibility on our shoulders. The Government knows the problems the Kannada film industry is facing and has helped us to maximum extent. Now it is up to us to give good films and show our capacity. I request all the producers and directors to make good films' said Sa Ra Govindu.