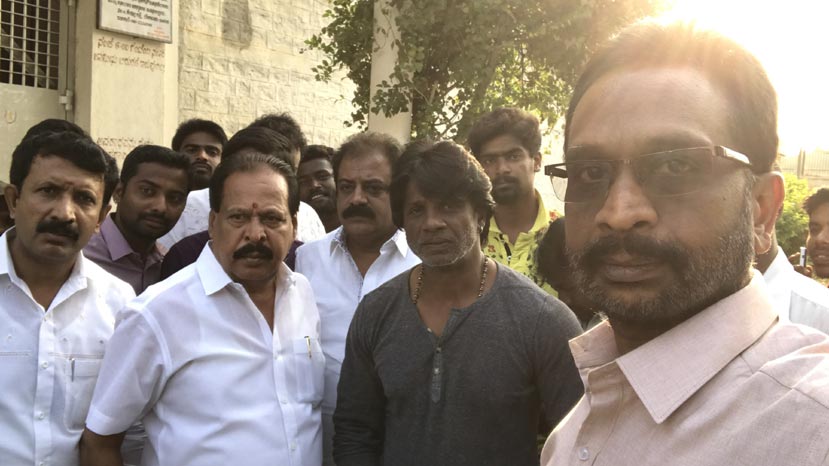 KFCC president Sa Ra Govindu along with Duniya Vijay and Kannada producers like MG Ramamurthy, A Ganesh and KM Veeresh visited the Ramangara jail to meet Mastigudi producer Sundar. Sundar has been arrested for the death of Uday and Anil at the film's shooting. Director Nagshekar and stunt master Ravi Verma are absconding.

Though it was the mistake of the director and stunt master, the producer is in jail. This has hurt the other producers. Sundar has been made the A1 in the FIR by the police. The producers consoled Sundar and assured that they will take steps to help him.

At the same time movie's lead actor Duniya Vijay who was there spoke to Sundar. He became emotional and hugged Sundar and started crying.