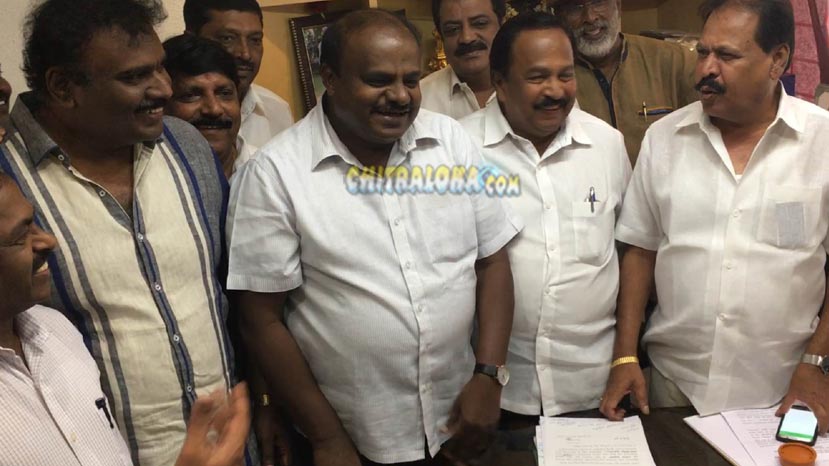 Former Chief Minister and 'Jaguar' producer H D Kumaraswamy has questioned the role of Kannada Film Producers Association and has asked what is it doing for the welfare of the producers.

H D Kumaraswamy was talking during the press meet organised by the Karnataka Film Chamber of Commerce on Monday afternoon.

'Off late, the producers are facing a lot of problems. That too the producers are facing many problems from multiplexes. Kannada films and producers are getting least respect in the multiplexes. The multiplexes are using our land, water and power and yet giving a third rate treatment to Kannada films. Why is KFPA not talking about all this' questioned H D Kumarasamy. He also said I am re opening my distribution office to help small film producers to distribute their films. He said that reality shows are affecting the Kannada films and suggested if they want to do the reality shows let them take new artists and not the popular faces from the industry.

H D Kumaraswamy said that he will be in full support with the Karnataka Film Chamber of Commerce and is ready to fight against the problems concerning the Kannada film industry.