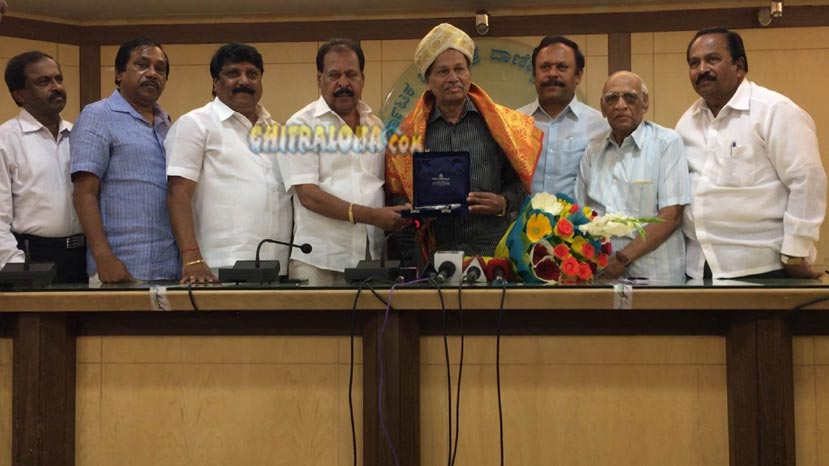 Well known writer and director Dr Baraguru Ramachandrappa who has been selected as the president of the 82nd Kannada Sahitya Sammelana to be held in Raichur in the month of December was honoured by the Karnataka Film Chamber of Commerce on Monday afternoon.

'I have been watching Dr Rajakumar's and Akkineni Nageshwara Rao's films from a very young age and they are inspiration for me. That's why I decided to direct films with good content' said Dr Baraguru Ramachandrappa.