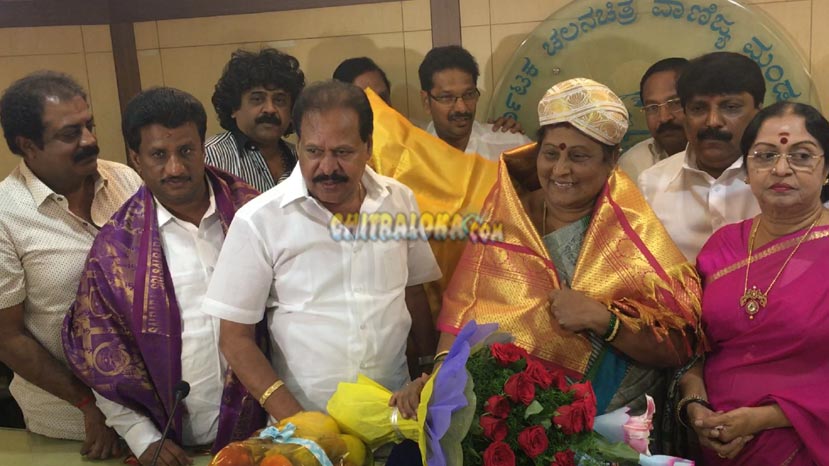 The new mayor G Padmavathy and Deputy Mayor Anand was felicitated by the Karnataka Film Chamber of Commerce on Friday afternoon.

After honoring the new Mayor, Sa Ra Govindu brought to notice some of the problems, face by the Kannada film industry under the Corporation limits. 'Mainly the film industry is not getting hoardings for displaying vinyls and moreover, the corporation workers are tearing all the posters and vinyls even in the theater limits, which is affecting the industry a lot. There are many Corporation parks in Bangalore and it would be better if such parks are giving for shooting purposes' said Sa Ra Govindu.

The mayor in her speech assured that she will try to sort out the problems the Kannada film industry in the next one month.