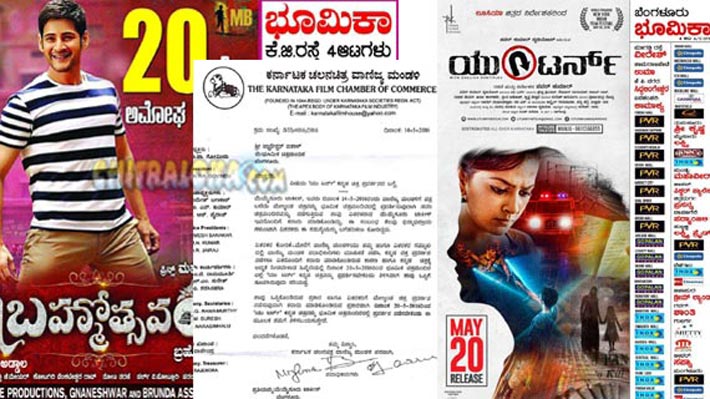 u turn film in controversy

Kannada movie U turn which had faced problem getting Bhoomika theatre issue has been solved by KFCC. This morning, U Turn movie was refused to screen at Bhoomika theater making way for Mahesh Babu Telugu movie Bramahotsavam. Theater is managed by Gnaneshwar Ital.

Producer and Distributor Manju, Popularly known as Jack Manju approached KFFC and they have a written letter to Ganeshwara Ital saying U Turn movie should be screened at Bhoomika only. Now it looks like the problem has been sorted.

Sources close to chitraloka said, even though KFCC has said to screen the Kannada movie in Bhoomika, Ganeshwar Ital is not ready to screen and is going ahead with the Telugu movie release. Even they have released the Bramohatsavam movie paper advertisement for tomorrow announcing Bhoomika as main theater.

Kannada movie fighting for Theater against other language movie is a sad affair.