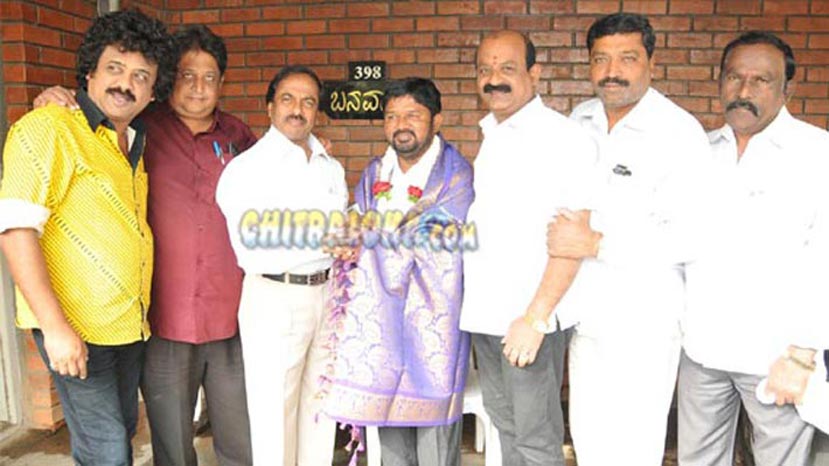 Members of the Karnataka Film Chamber of Commerce led by the new president Thomas D'Souza on Sunday visited Dr Siddalingaiah at his residence to congratulate and felicitate him on being chosen to chair the 81st Kannada Sahitya Sammelana to be held in February in Shravanabelagola.

Along with D'Souza, vice president G Venkatesh, honourary secretary Ba Ma Harish, BR Keshava, Ananta Murthy and Umesh Banakar were also present. The team congratulated Siddalingaiah on behalf of the Kannda film industry and committed their support to him and the celebrations.

The Kannada film industry along with many stars would participate in the event to make it a grand success, D'Souza promised Siddalingaiah.