I Don't do films for Titles - Sudeep 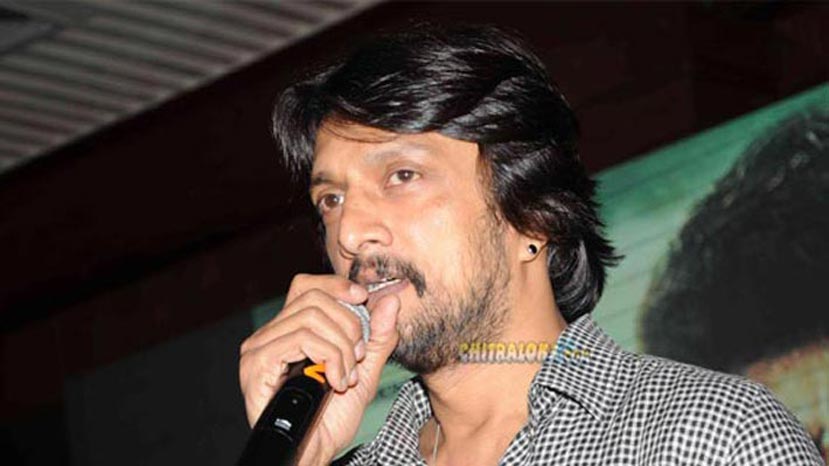 Actor Sudeep who is looking forward the release of his latest film 'Ranna' has said that he doesn't do films for titles and instead it is the duty of the directors to think about the titles and not his problem.

Sudeep was talking to few media persons after the press meet of 'Rana'. When asked about the titles of his recent films like 'Ranna' and 'Manikya' which gives more importance to hero worship, Sudeep clearly said that he never run behind titles.

'I have been in the industry for the last 20 years and I don't accept films for titles. Titles are an options from directors. They will decide what is best for the film and I don't like to interfere in their work. I always go behind stories and roles and not behind the titles' said Sudeep.

When asked about his alleged rift with fellow actor and director Sadhu Kokila, Sudeep rubbished saying it as mere rumours. 'I fight with Sadhu every day. He is a wonderful person. Anybody can't be angry with him. I don't know how the news got spread, but there is not truth in it. We still share a good friendship. He is a jovial person who is always smiling and joking. Not only me, no hero can fight seriously with Sadhu' said Sudeep.

When asked why his films get delayed, Sudeep says he doesn't do films for the sake of success and money. 'If I want to do I can act in five films a year. But I want to enjoy everything in my life. That's why I do other things apart from films. Right now I am very happy cooking for my daughter' smiled Sudeep.