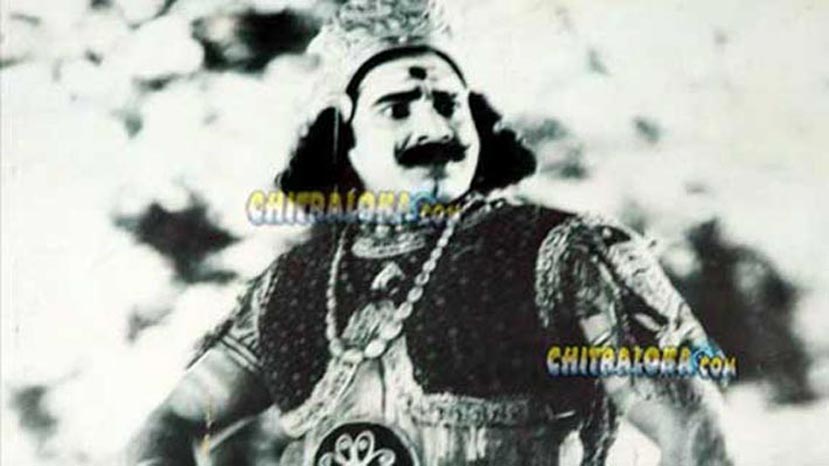 Most people know the name of the first Kannada talkie film as Sathi Sulochana. But other landmark numbered films are not easily remembered. Here are a few of them. Sathi Sulochana in 1934 was directed by Y V Rao and the lead actors were Subbhaia Naidu and Tripuramba. The 25th Kannada film was Kalavida, 13 years after the first in 1947. It was directed by Suryanarayan Rao.

The hero of the 50th Kannada film, Baktha Mallikarjuna in 1955, was Narasimharaju. It was directed by CV Raju and Pandaribai played the female lead. The 75th film, Chinthamani was in 1957 made by Basavarajaiah with KS Ashwath and Rajkumari Saroja Devi in the lead.It took 26 years to make the first 100 films in Kannada from 1934 to 1960. The 100th Kannada film Baktha Kanakadasa in 1960 is still considered a classic. Directed by Y R Swamy, it had performances by Rajkumar, Udayakumar and Krishna Kumari.

The next 50 films took only four years. The 150th film Veera Sankalpa in 1964 by Hunsur Krishna Murthy had BM Venkatesh in lead. The 200 film Yemne Thammanna came two years later in 1966 by B R Panthulu. The 250 film Namma Ooru was in 1968 by C V Shivashankara with Rajesh in lead. The 500th film Aparadi was in 1976 by Y R Swamy with Srinath and Arathi. The 750 film Garjane in 1981 directed by C V Rajedran had  Rajanikanth, Madavi and Geetha.The landmark, 1,000th film came in the 51st year. It was Devaru Yelliddane in 1985 by V Somashekar with Ambarish in lead. The 1,250th film was Ravichandran's Poli Huduga in 1989. The 1,500 film Vikram in 1993 by Srikantha Kulkarni had Prabhaker and Chandrika in the lead roles. The 1,750 film Dhani in 1995 was by C H Balaji Singh and starred Vishnuvardhan. The 2000th Kannada film,  Hats Off India by director Ragunath incidentally came in the year 2000!

While it took 51 years for the first 1,000 films it took only 16 years for the second thousand films. The 21st century has been even more plentiful in terms of number of films. By 2012, the number is close to 3,500. In last five years, 100 or more films have released every year.