History 75 - Sandalwood And Fight For Kannada 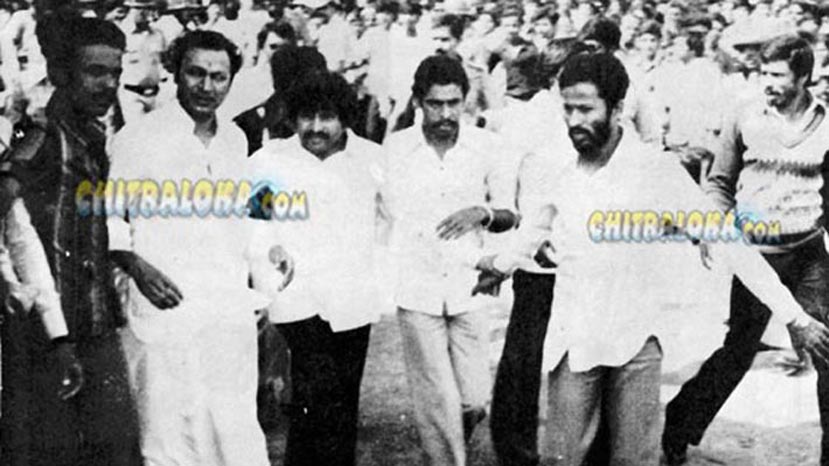 Sandalwood And Fight For Kannada films have been the extension of Kannada consciousness along with other art forms like theatre and literature. But it is also the youngest of Kannada art forms. But over the years, the way it created an identity for Kannadigas is unparalleled. While it is natural that films of a particular language becomes the identity card of the language speakers, the contribution to language beyond films can be seen in Kannada. A case in point is the Gokak Report movement. The entry of the Kannada film industry, led by Dr Rajkumar gave the movement a force and power that opened the eyes of the Government.

After that, the fight for rights of Kannadigas in jobs and opportunities in Karnataka was continued by the Dr Rajkumar Abhimanigala Sangha led by Sa Ra Govindu. Govindu was not an outsider to the film industry, nor the Kannada movement. His contribution to both is unmatched. He has been a producer and also an actor but it is his contribution to the development of Kannada films through the KFCC and to Kannada movement through various agitations that has given him a memorable place.In later years, another actor identified himself with the Kannada cause. Mukyamantri Chandru, as the chief of the Kannada Development Authority has brought pride to the film industry as well.