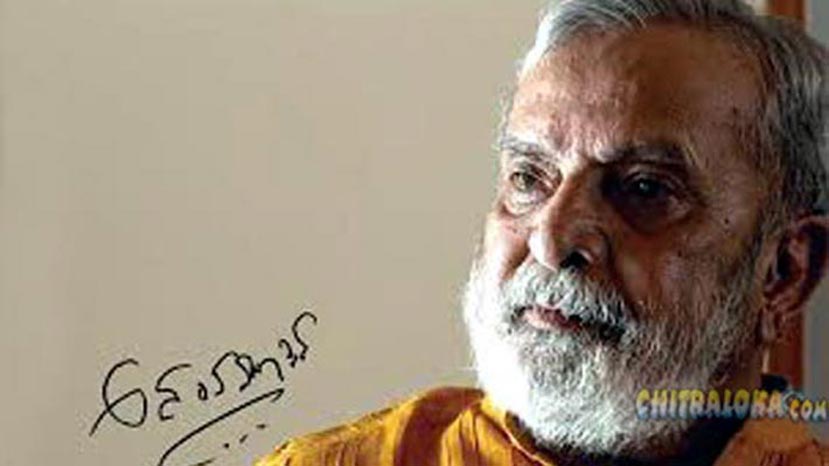 Well known Kannada writer and Jnanapeetha Award winner U R Ananthamurthy who was suffering from kidney problems, has breathed his last on Friday evening at Manipal Hospital. He was 82.

The first of the three was 'Bara' being directed by M S Sathyu. The film which revolves around a drought stricken town had Ananthnag and Pankaj Dheer in prominent roles. After that U R Ananthamurthy's another well known short story 'Avasthe' was brought on screen by Krishna Masadi. A decade ago well known journalists Uday Marakini and Jogi (Girish Rao) were instrumental in bringing Ananthamurty's 'Mouni' on screen. Incidentally, all the three films which were based on U R Ananthamurthy's short stories had Ananthnag playing the lead roles.

The last time U R Ananthamurthy was seen in a film related programme was organised by Karnataka Chalanachitra Academy. KCA celebrated 45 years of 'Samskara' and U R Ananthamurthy along with cameraman Tom Coven was present at the occasion.