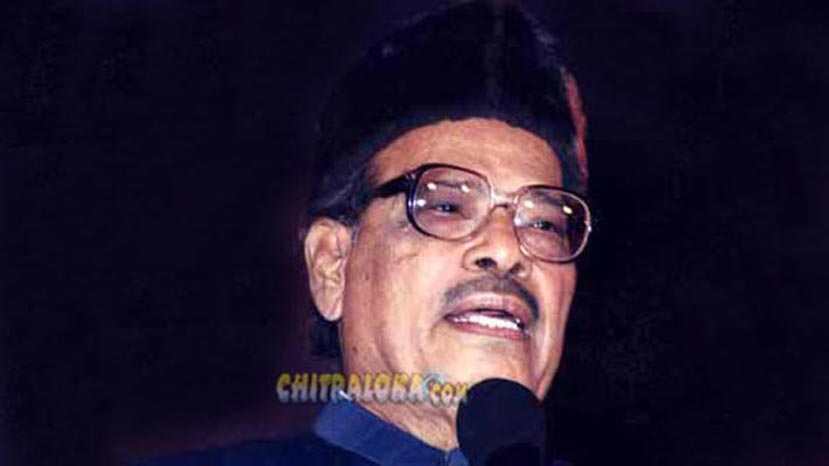 Well known singer and Dada Saheb Phalke winner Manna Dey has breathed his last on early Thursday morning at Narayana Hrudayalaya in Bangalore.Manna Dey made his debut as a singer in 1942 through 'Tamanna' and went on to sing in hundreds of films. He not only carved a niche for himself in Hindi as a play back singer, but also sang songs in his mother tongue Bengali.

Manna Dey also sang two popular songs in Kannada. While he sang 'Kuhu Kuhu' for 'Kalavathi', the other song was 'Satyameva Jayathe' in 'Kalpavruksha'.Manna Dey who had settled down in Bangalore off late was not well. He was admitted to hospital a few months back for chest infection. He slowly recovered but on Thursday early morning Manna Dey died due to multiple organ failure.The legendary singer will be cremated in Hebbal on Thursday afternoon.