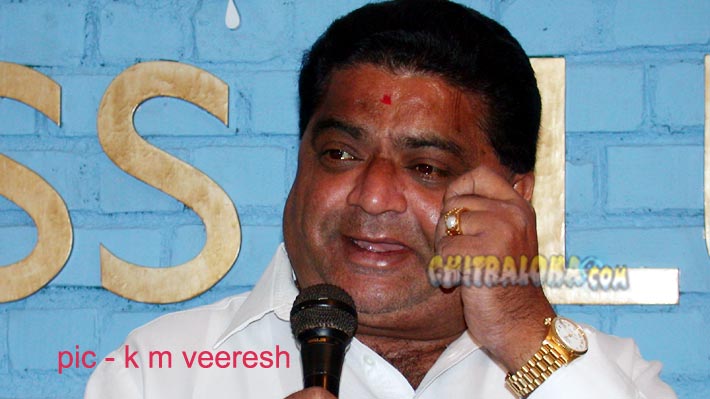 Kannada film producer S.Ramesh who made films like Ravivarma, Cheluva and recently 'Thandege Thakka Maga' died in city hospital on Friday morning. He was suffering from breathing trouble and died of heart attack. He was in critical condition a few months back but medical aid supported his health condition. Coming out from ill health he completed the Kannada film 'Thandege Thakka Maga' a remake of 'Thevar Magan'. He had organized the audio release of his film in a grand scale at Gulbarga and the muhurut of this film held at Hotel Ashok was attended by former Chief Minister N.Dharam Singh.

S.Ramesh is the former President of Karnataka Film Chamber of commerce and he was the former information Minister in the Karnataka government during the regime of S.Bangarappa as chief minister.

S.Ramesh is known for good organizing capacity. In politics or cinema field he was a very good organizer and helped the needy and downtrodden in his regime. When the International Film Festival in Bangalore was in controversy as information minister he managed the show despite of backdrop of Cauvery riots in Bangalore.Known for straightforwardness S.Ramesh when he was the KFCC President conducted a mega event at Bangalore Palace grounds to raise funds for the Karnataka Film Chamber of Commerce building.

The dogged controversy in his political career is the Kunigal firing at the stud farm. A colorful personality S.Ramesh had conducted his daughter's marriage in the last year and given the responsibility of film production to his son Pawan Kumar. Hemalatha is his wife.

Those who have visited the residence would always remember S.Ramesh for his tasty dishes available all the time in his kitchen room.