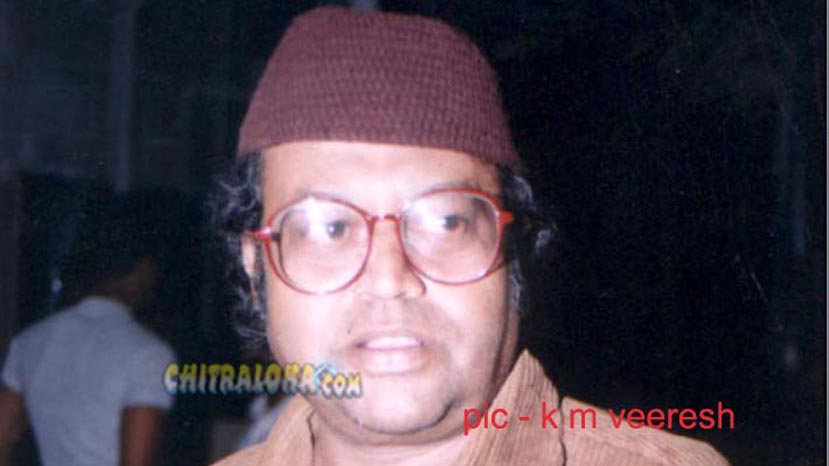 Acclaimed actor and Director Lokesh died after a long struggle on Thursday afternoon at Bhagwan Mahaveer Hospital. After removing his body from incubator his eyes and kidneys were taken by the hospital authorities as it was the last wish of the legendary actor. From the hospital his body will be brought to his house for final rights and then again it will be brought to Ravindra Kalakshetra for paying last respect by the film industry and the public. As it was the wish of Lokesh after the public dharshan the authorities of the M S Ramaiah Hospital would take the body for medical purposes. With this there will no cremation for the body of Lokesh.

It may be recalled that theater personality makeup Nani (Father of Director Prakash Belawadi) body was also donated to St. Johns hospital sometime back.

Chitraloka joins the innumerable and mourn the death of 57 year old Lokesh.

LOKESH- Known for gritty performance and punching dialogues for Lokesh the acting has come from blood. His father Subbaiyanaidu made the first talkie film ‘Sathi Sulochana’ in 1934. For Lokesh the journey from his start as a child actor in ‘Bhakta Prahallada’ in 1958 has been good till he made his first directorial venture and produced ‘Bhujangayyana Dashavathara’ based on novel of Srikrishna Alanahalli. His financial losses were too heavy. Perhaps this worry started in early 90’s brought him lot of difficulties in life. He married Girija 29 years ago who made it excellent in the field of cinema and television but the same satisfaction he could not derive from his daughter Pooja or Srujan.

No doubt that worries always fades away one’s charisma.

Lokesh was a charismatic personality in the Kannada filmdom. The three time state award winner for ‘Bhuthayyana Maga Ayyu’ in 74, Parasangada Gendethimma in 79 and for ‘Banker Margayya’ in 84 Lokesh has proved his mettle in theatre and small screen too. The film he produced and directed ‘Bhujangayyana Dashavathara’ got the third best film award from the Karnataka government. From the film ‘Kakanakote’ he became a full fledged hero.

Well known plays he staged are Tuglaq, Kakanakote, A midnight summer etc. Born in 1947 Lokesh evinced interest in cinematography and entered the amateur theatre group. He was in the employment of Dance and Drama department of the information of Karnataka government some time.