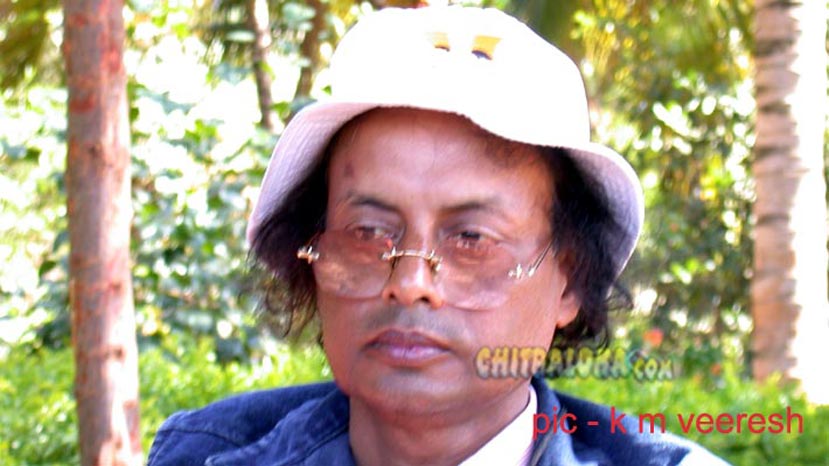 Acclaimed cameraman of Kannada cinema B.C.Gowrishanker (50 years) father of actress Rakshita died around 11 pm at Ramakrishna Nursing Home in Bangalore for liver failure. This is for the third time ace cameraman Gowrishanker was admitted with serious problem. The caliber of Gowrishnaker is so high that he has done camerawork for more than 12 films of Dr.Rajkumar in 90 plus films in his career spanning two decades.

He was like his name in his profession of cinematography. He has touched the peak of popularity ‘Gowri Shikar’ from his extraordinary sense. He is the most creative cinematographer of Kannada cinema has ever seen.

He is the winner of state award for maximum number of times from his fraternity. He is the top cinematographer who balanced both art and commercial films with cleverness. He is a director too. Gowrishanker is the first cameraman in the country to use the ‘Warm color’ technique from the film ‘Om’.

Born in Bangalore in 1954 he completed a course in cinematography from Jayachamarajendra Occupational Institute. He worked as apprentice in Kanteerava studio for two years. At this place Gowrishanker’s ability and sincere effort was traced by an Australian cameraman Tom Coven and suggested him for director Pattabhirama Reddy. Prior to this he worked in the camp of S.Ramachandra.

For films like Spandana, Minchina Ota, Arivu, Dhruvathare, Mysura Mallige, Om he got the Karnataka state award for his excellence in work.

He never used to give up challenged he had taken up. He was rushed to medical aid during the shooting of ‘Chiguridha Kanasu’.

For his caliber, framing and lighting just one scene in ‘Janumadha Jodi’ – the bullock carts passing slowly as the sun sets in the backdrop has received rave reviews. Perhaps Gowrishanker is the second cameraman in the country to capture such a glorious scene in his camera was the opinion expressed by top director Girish Kasaravalli.

‘What work we do is ordinary’. Not invoke challenges. Although I have worked in the era of black and white and color period we have to work under pressure to give our best with the available camera equipments, labs, processing, grading system, projection equipments, financial difficulties of the producer and date problems of the artistes Gowrishanker has disclosed from his experience.

Gowrishanker believed to his last days there is lot of things to learn in cinematography.

Chitraloka joins the innumerable in mourning the death of excellent camerman.